Dr. Carl Hill is the main antagonist of Re-Animator and Bride of Re-Animator, with Herbert West acting as the secondary antagonist. Unlike the passionate but misguided West, Carl is an outright villain with no redeeming values who acts as an actual force of evil in the world.

He was portrayed by the late David Gale.

Dr. Carl Hill began life as an arrogant and lustful brain doctor, but did not show signs of becoming the truly monstrous figure he was until Herbert West arrived and challenged his work. West claimed he was little more than a copycat and that his work on death in the brain was "outdated".

At first enraged by West's apparent upstart nature, he would become fascinated when Herbert's work actually proved to be successful and blackmailed West into handing over his work, however this plan was quickly canceled when West decapitated Hill.

Yet, due to his obsession with experimentation, West would reanimate Hill's body and head separately. However, due to Hill's extreme intelligence, he proved to be a unique case and could control his body telepathically - which allowed him to use it to sneak up on West and escape.

At this point, Hill's evil nature is exposed in full as he uses mind-control to force Dean Hasley's reanimated corpse into kidnapping his own daughter, whom Hill ties to a table and rapes . By the time West and Dan arrive at the morgue Hill has managed to amass an army of lobotomized zombies by which to attack the group, planning on doing the same to everyone in the world (and effectively become a mad "god" among the dead).

Ultimately, Hill was defeated when Hasley's love for his daughter broke through even Hill's mind-control and he went on a berserk fury, attacking Hill's minions and ultimately crushing Hill's skull with his bare hands in vengeance for his rape of Megan.

This did not end Hill entirely however as his now headless body remained, which West killed via overdosing on the reanimator serum - mutating it horrifically but also destroying it as the zombies, now free of Hill's mental control, went on a bloody rampage.

In the sequel, Bride of Re-Animator, Hill's seeming demise is ignored and his head has been un-crushed. Pathologist Dr. Wilbur Graves works in the morgue where Hill's severed head and the rest of the body parts from the massacre seen at the end of the previous film are stored.

Graves finds the reagent fluid and brings Hill's head back to life. Driven by revenge for destroying his career, body, and life, Hill uses his hypnotic powers from the first movie to command Graves to sew batwings onto the sides of his head, granting him mobility.

He regains control of the zombies from the first film and plans to attack West with his new army. 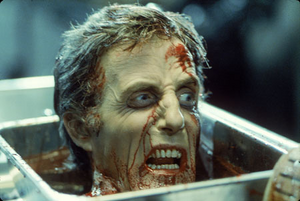 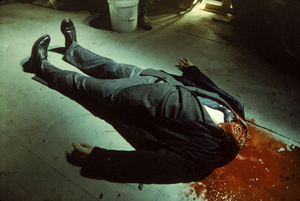 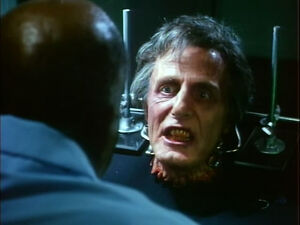 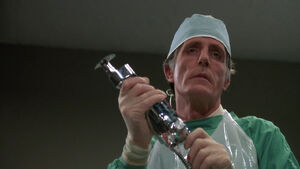