Carl Schliff is one of the bosses or psychopaths featured in the 2010 video game Dead Rising 2 and its remake Dead Rising 2: Off The Record. He is also an optional boss in the main mode 72 Hours, who you can meet for the first time on the 2nd day at 11 p.m. in the Royal Flush Plaza just outside The Man's Sport in the side quest Mail Order Zombrex. He is a Fortune City postman who has vowed never to fail his job, and despite being in the middle of a zombie outbreak, he is delivering letters and parcels more concerned with getting signatures than zombie bites. Carl is also looking for the person responsible for the apocalypse - that is, Chuck Greene, according to the news.

In Dead Rising 2: Off The Record, Carl's role as the boss is the same as in Dead Rising 2, although after receiving Frank's signature on the package with Zombrex, he accuses him of mail fraud and tells him that he has disgraced America's mail system. He is voiced by Samuel Vincent.

At 11 p.m. on September 26, Stacey calls Chuck telling him that she has noticed a mail cart running in the Royal Flush Plaza and Carl calling out to the other survivors to sign the packages. Stacey says it's worth checking as it is possible that Chuck could find Zombrex in one of the pacakges. Chuck Greene goes to the Royal Flush Plaza and walks over to the mail cart. After a while, he notices Carl calling in the directions of the shops asking for a package and a valid signature. Chuck tells him that no one is in these stores. Carl smiles and approaches the surprised Chuck, asking him to sign and collect the package. Chuck reminds him that there's a zombie outbreak everywhere. The unfazed Carl begins to give his motto, saying that he will not fail his job and that each of these packages needs to be signed and collected. Chuck wringing his hands tells Carl that he will take the parcel if it cheers him up, adding that it will be of great use to him. Just before handing over the package, Carl looks at the signature and immediately withdraws his hand. Carl knows he is talking to Chuck Greene, the alleged person responsible for the outbreak. An overjoyed Carl gives Chuck another package, telling him that this package is a special package just for him. Carl wishes him a nice day and runs away to the mail cart. Chuck puts the parcel to his ear and hears a bomb ticking. The man immediately tosses the package towards the cart, which explodes, destroying Carl's transport along with other shipments. Furious, Carl begins to threaten Chuck that his perfect service to the state and the post office has been destroyed by him. With no other choice, Carl picks up the shotgun and tells Chuck he'll pay for what he did.

After the fight, the defeated Carl falls to the ground and begins to crawl. Chuck walks over to the bleeding and dying postman taking his package with Zombrex, adding that he needs it badly for his daughter Katey. Carl agrees and signs the receipt himself. As Chuck walks away, Carl pulls out one of his bombs and dies and the bomb explodes in his hands, scattering pieces of his body in all directions.

In the remake of Dead Rising 2, Carl's role as the boss is the same, but with some differences in the cutscene. Carl, as with Chuck, asks Frank to sign the receipt. Frank signs the package seeing that it contains a Zombrex. However, Carl, seeing his signature, accuses him of postal fraud and gives him a package with a bomb. Like Chuck, Frank throws her straight into the cart, causing it to explode. An angry Carl tells Frank that if he messes with the mail, he messes up with America and then attacks him.

After a series of shotgun blasts and mail-bomb drops, Carl is defeated by Chuck/Frank. Chuck/Frank takes the Zombrex, saying that they need it. With his dying breath, Carl signs his clipboard for the package and pulls out another mail-bomb. He notes it's a "special delivery, express" and allows it to detonate, destroying his body. 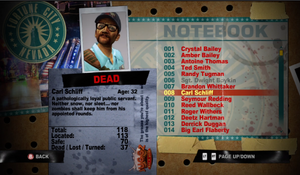 Carl in the notebook entry. 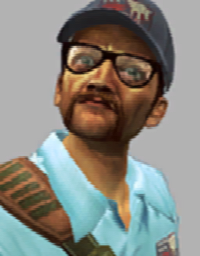 Photo of Carl in Chuck's Notebook 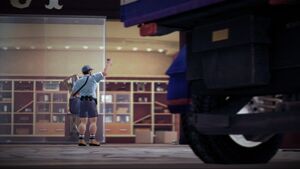 Carl asking other survivors for the signatures 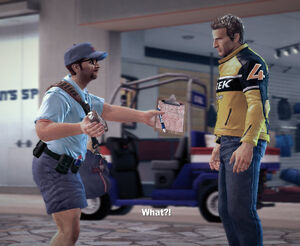 Carl asking Chuck to sign the receipt of the package 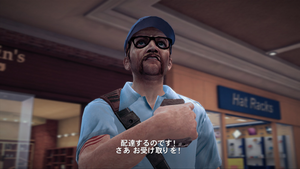 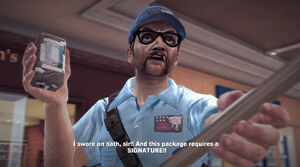 Carl telling that every package requires a signature 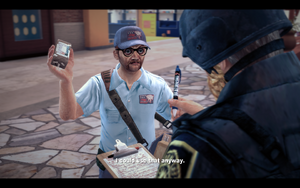 Chuck signing the package for Carl 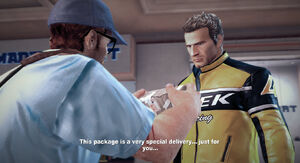 Carl giving Chuck a parcel with a bomb 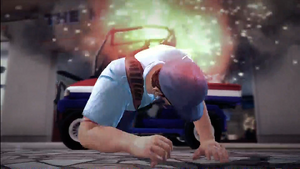 Carl avoiding the explosion of a mail cart 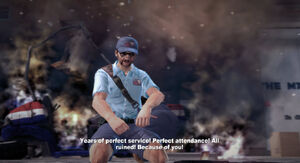 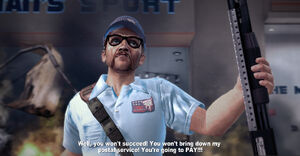 Carl readies his Shotgun for revenge. 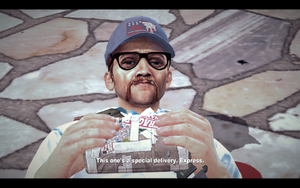 Death of Carl
Add a photo to this gallery 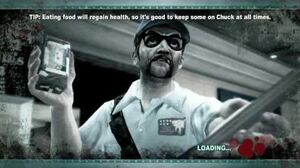 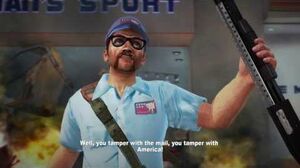 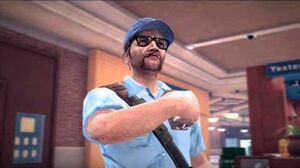 Retrieved from "https://villains.fandom.com/wiki/Carl_Schliff?oldid=4158243"
Community content is available under CC-BY-SA unless otherwise noted.