Rob people to afford to go to Club Mayan (succeeded until his death).

Murderous Thief
Carlos Fuentes is a secondary antagonist in season 5 of Dexter.

He was portrayed by Joseph Julian Soria.

Carlos Fuentes and his brothers Marco Fuentes' first discovered victim, Nina Alvarez's severed head, was found in a discarded bush after being murdered by the brothers.

Nina Alvarez's husband Francisco was found later, having been shot in the back of the head with a shotgun by either Marco or Carlos, after the two had robbed him and tried to make it look like a suicide.

The Fuentes Brother's next victim, Fauzi Goberi, was a local informant who owned a shop the brothers visited regularly. When the brothers found out that he might give away who's been robbing and killing people, they visit his store and murder him in the same way they killed Nina Alvarez to intimidate others into not reporting anything to the police.

While further investigating the house, Debra Morgan spots a poster across the street with the same symbol description given by a man named Jandro Mendoza, whom Carlos had tried to kill earlier but failed, who said the symbol was the logo for Club Mayan and Carlos had a tattoo of the logo on his hand.

Marco is finally seen along with his brother in Club Mayan when Debra and Angel Batista set up a plan to arrest both of the brothers. They hire a woman who regularly went to the club named Yasmin Aragon to flirt with the brothers, especially Marco. Yasmin eventually panicked when she spotted that Carlos had a gun and yelled it out to the club, scaring everyone inside as well. Marco shoots Yasmin in the back and after a brief shootout with Joey Quinn where he nearly killed Debra but unintentionally killed an unnamed clubber instead, Marco managed to escape the club during the confusion. Carlos takes a woman hostage and after some back and forth arguing, Debra is forced to shoot Carlos in the head to kill him. 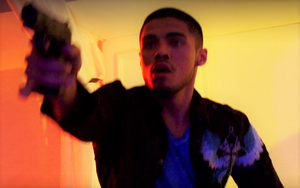 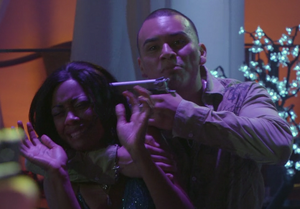 Carlos holding a woman hostage during the Club Mayan shootout.

Carlos is shot dead by Debra.
Add a photo to this gallery

Retrieved from "https://villains.fandom.com/wiki/Carlos_Fuentes?oldid=4272319"
Community content is available under CC-BY-SA unless otherwise noted.