The Princess of Staten Island

Professional Wrestling Skills including her Signature Move "Code of Silence"

Arrogant Cheater
Carmella is a villainous professional wrestler competing in WWE on the SmackDown brand. And is a 1-time Smackdown Women's champion.

Carmella was signed by WWE in 2013 and made her in-ring debut at a house show on June 6, 2014. Dubbing herself as "The Princess of Staten Island," Carmella debuted as a villainess and competed in two matches against Devin Taylor; winning the first and losing the second. Carmella made her televised debut on NXT as a hairdresser in a segment with Enzo Amore and Colin "Big Cass" Cassidy, with their antics getting Carmella fired. Carmella returned on September 18 and asked Enzo and Big Cass to help her become a professional wrestler, with various segments being aired in the following weeks showing the duo training her. Carmella's televised in-ring debut came on October 16, when she defeated Leva "Blue Pants" Bates via submission. In the months that followed, the evil Carmella racked up victories over Emma and Blue Pants, before losing to the latter on January 1, 2015. In the coming months, Carmella would become a full fledged babyface due to her alignment with Enzo and Cass, and it was solidified during their feud with reigning NXT Tag Team Champions Blake and Murphy, along with the villainous Alexa Bliss.

After a year as a babyface and a promotion to the SmackDown roster, Carmella turned villainous on the August 23, 2016 edition of SmackDown Live, doing so by viciously attacking the returning Nikki Bella during her interview with Renee Young.

Despite her association with babyfaces Enzo and Cass, Carmella portrayed a villainess when she competed against other Divas. Carmella's villainous persona included a lot a trash talking to other Divas (and Enzo at times), and a lot of arrogance. 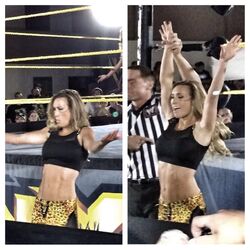 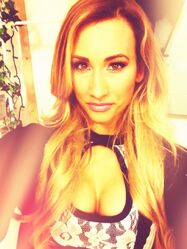 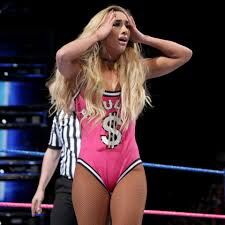 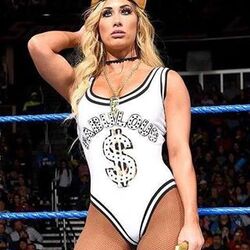 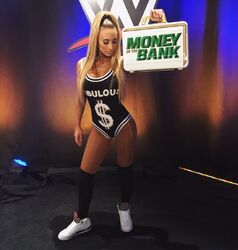