Kill Bucciarati and his team (failed).

Carne is a minor antagonist in JoJo's Bizarre Adventure: Golden Wind. He is a member of Unità Speciale, a squad of Passione whose job is to protect Diavolo. He tries to stop Bucciarati's crew from escaping Venice by airplane. Though he is quickly disposed of by Mista, his now invincible Stand Notorious B.I.G. continuously and autonomously tracks them during the flight.

His vocal sound effects were provided by Daisuke Sakaguchi in Japanese, who also provided for Lil' Slugger. In the English dub, these effects are done by Jordan Reynolds.

Carne was originally sent out to kill Bucciarati and his gang. Despite his known stand, however, he was swiftly killed by Mista's bullets, allowing his stand, Notorious B.I.G. to become attached to Giorno's body and having it's true abilities be activated on the plane. Devouring Giorno's arm to grow, it lashes out at Mista and Narancia, successfully incapacitating them. Although Notorious B.I.G. is successfully thrown out by Giorno hacking off his own arm, it catches up to the plane, now trying to defeat Trish. This and the attempt to destroy Giorno's transformed brooch awakens Spice Girl, with manages to seriously wound Notorious B.I.G., although a fraction of it managed to slip into the engine room, multiplying in size to great proportions. Trish tears the plane in two to make a piece their "parachute", allowing them to slip away by having the stand track the faster falling piece without the members inside. Despite a small scare involving a piece in Abbacchio's hair, it is successfully transferred to Bruno's arm, then said arm is hacked off into the Tyrrhenian Sea with it's larger piece. Ever since then, however, fast-moving ships have been taken down in the sea, suggesting the stand is still active even when submerged under a myriad of water.

Notorious B.I.G. is a unique Stand in a way that it only activates once it's user has died. It works as a parasitic, carnivorous, blob-like life form that consumes everything organic in its path for energy. Since it can only be activated after the user has died, it is completely immortal and cannot be killed since there's nothing to target. This makes Notorious B.I.G. extremely dangerous but luckily, it can only move automatically towards the fastest moving target around. Since it cannot be killed, the only way Bucciarati's crew manages to immobilize is, is by dropping it to the sea where it targets ships that are passing by. 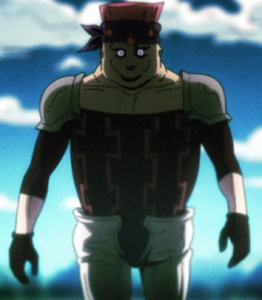 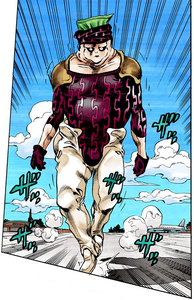 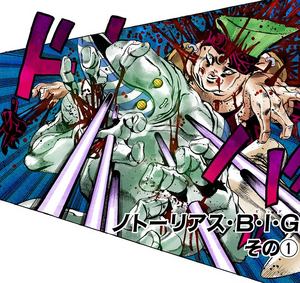 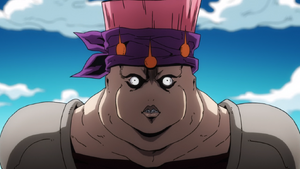 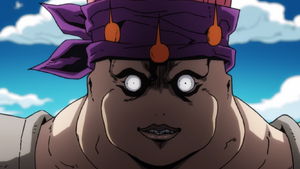 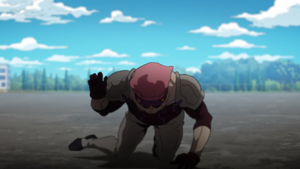 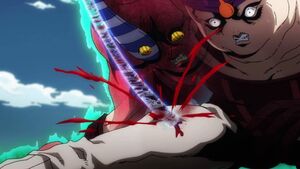 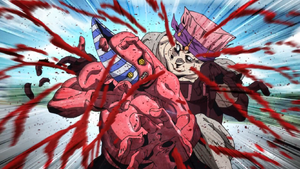