Leader of the Atlesian Argus Base

Prevent anyone from leaving or entering Atlas (ongoing).
Capture or kill anyone who opposes her (abandoned).

She is voiced by Mela Lee.

Caroline Cordovin is a longtime member of the Atlas Military, having been serving as a Special Operative for a great deal of time. She mainly works in security and containment, and serves General Ironwood from her base in Argus. She has had several run-ins with the Huntress Maria Calavera and despises her for her blatant disregard of protocol and safety, essentially serving as her archenemy.

Jaune Arc, Nora Valkyrie, and Lie Ren arrive to Argus, they seek the help of the Atlas Military to aid them in their mission to deliver the Relic of Knowledge safely into Atlas. However, Cordovin shuts them out and disregards their story.

Later, when Team RWBY, Oscar Pine, Qrow Branwen, and Maria Calavera arrive, they try again to get through to her and request Atlas' help, but Cordovin shuts them down again and will only allow Weiss to return to her father Jacques Schnee if she pleases.

In order to get the Relic to Atlas, the heroes devise a plan to have Weiss "agree" to return, only to commandeer the airship from the military and bring it back so that she can take the rest of them to Atlas. However, after Adam Taurus intervenes and messes up the plan, Cordovin realizes that her ship has been stolen and pilots a giant robot mech suit known as the Colossus to attack and destroy those that defied her.

She then takes the robot out and begins firing at the students on the shore with Dust projectiles. When the students try to fight back, she uses hard light shielding to protect herself. The group splits up to create smaller targets, with Ruby and Weiss attacking the robot's feet, Jaune and Nora attacking from the shore, Maria and Oscar distracting her, and Ren and Qrow searching for a weak spot. As Cordovin fires at Jaune and Nora, Qrow and Ren mange to disable her shields. However, she attacks and throws all of the students back to shore, with Ruby stuck on a cliff edge and preparing to fall. Cordovin aims at the helpless Ruby, but Maria swoops in with the ship and fires a missile at her. However, Cordovin catches the missile and throws it back at the ship, crashing it, with Oscar and Maria inside, before turning her attention back on the weakened students.

The students realize that if they shoot the missile launcher on the Colossus' arm, it may detonate the missiles and incapacitate the Colossus. Ruby boards the barely functioning airship and flies at Cordovin, but Cordovin realizes what they are trying to do and retracts her missile launcher in time. She then fires electric Dust at the ship, shorting out all the machinery, including Maria's mechanical eyes, making the airship crash again. Ruby then attempts to reason with Cordovin, asking her to trust them and hear them out. However, Cordovin will not listen and aims her canon at Ruby, who jumps into the barrel and fires at the loaded Dust, causing an explosion of elements that destroy the the Colossus' arm and cause it to collapse, rendering it immobile. However, as Cordovin tries to get the the Colossus up, she is informed that a Leviathan is on its way to Argus.

The team then realize that they incapacitated the only thing that could stop the Leviathan, and decide they have to help fend it off. Ruby decides to use her Silver-Eye power, and the team leaves to confront the Grimm, all while Cordovin blames them and rants that it is their fault Argus will fall. However, as she listens to the reports from her troops, she realizes that she went out of line. As the team fights the Leviathan, she works on gradually removing the damaged arm from her robot. Ruby manages to freeze the Grimm with her power, but it does not hold. As the Leviathan begins to break free, Cordovin frees herself and attacks with a drill, killing the Leviathan. She then confronts Ruby, but tells her to leave while she and the military fight off the rest of the Grimm, making amends and realizing the team's importance to Atlas.

Throughout RWBY: Amity Arena, many pieces of Atlesian technology such as guns, walls, and airships appear as units in the game, with Cordovin gloating about their might in their respective descriptions.

Cordovin also appears as a unit, piloting the Colossus. The unit deploys as a building, remaining stationary until its health runs out. The longer the unit remains in "building mode", the more health the Colossus will have. When all of the building's health is depleted, the Colossus will be spawned. It is a large, extremely slow ground unit capable of attacking both ground and air units.

Cordovin is arrogant and egotistical, and believes herself to be the only one capable of protecting Argus. She puts great faith and extreme jingoism in her Kingdom, believing it to be superior to all others. She views the military as greater than common riffraff, and disregards anyone who is not Atlesian or military. She also seems to have a prejudice against Faunus, as she calls them "of questionable character". She is loyal to her kingdom to a fault, but is willing to take drastic and even violent methods to prove that her kingdom is the most powerful and she is the most capable of supporting it, even resulting in her sadistically attempting to murder teenagers, even targeting them even after wounding them. However, she does realize when she has gone too far, and will aid in fighting mutual enemies and even changing her mind when she realizes who her allies are. 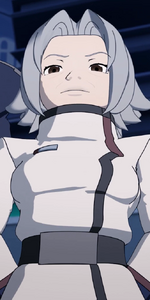 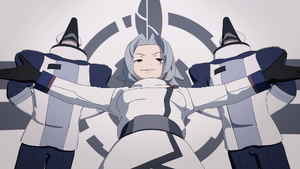 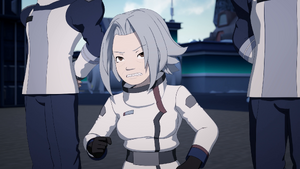 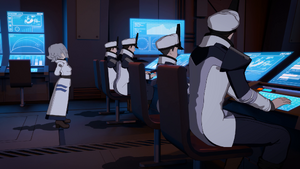 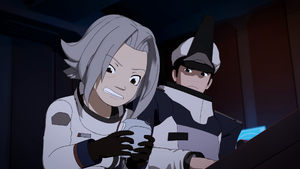 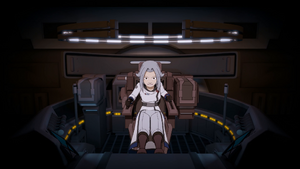 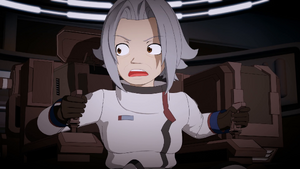 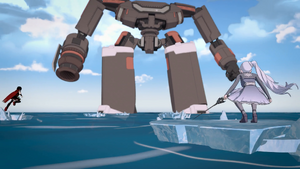 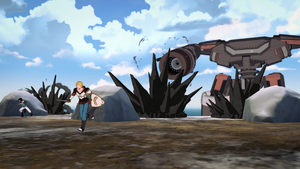 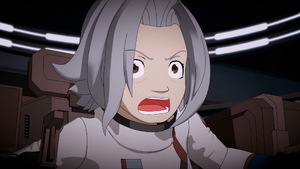 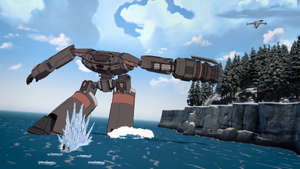 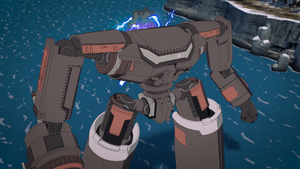 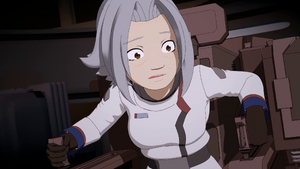 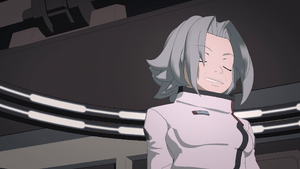 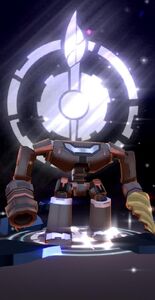