Leader of the Newmans

Make her band be better than Grojband

Arrogant Rival
Carrie Beff is the lead singer and guitarist of The Newmans as well as the doppelgänger gender opposite of Corey Riffin and a major recurring antagonist in the Canadian animated series Grojband. She wants to overthrow Grojband and make her band a bigger and better band than them. She is also the younger sister of Mina Beff.

Carrie looks exactly like Corey, only with longer hair that is similar to Mina's. She has a red bow on the skull on her hat. She wears an orange skirt instead of pants. She wears black eyeliner. She has a more female-like body, being more wide around the waist and her voice sounds more high-pitched and girly.

Carrie will stop at nothing to make her band a bigger and better band than Grojband's. She is very determined to do so and will let nothing get in her way. She puts her life on the line to make her band's name become the most popular name around and never gives up on being superior to Grojband. Unfortunately, she always fails at becoming better than them and Grojband ends up gaining the upper hand.

Carrie and Larry are best friends as well as fellow bandmates. Larry has a secret crush on Carrie but he is too nervous to ask her out. Carrie is completely oblivious to this and it is unknown if she loves Larry back or not. It is also unknown if Carrie will say "Yes" or "No" if Larry asks her out. Their relationship is pretty much the same as the relationship between Corey and Laney. 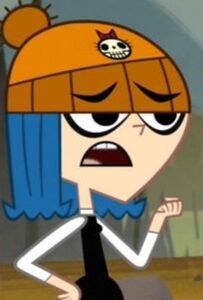 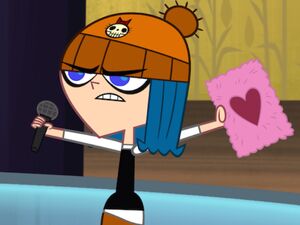 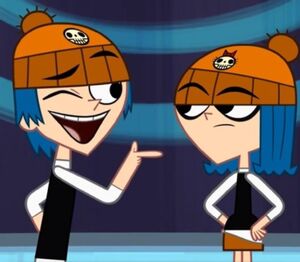 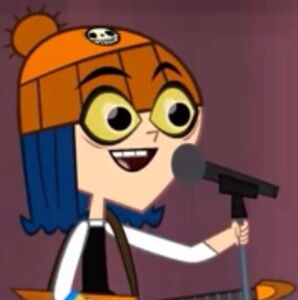 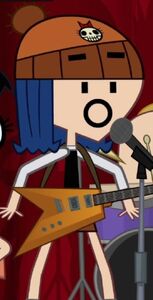 Retrieved from "https://villains.fandom.com/wiki/Carrie_Beff?oldid=3812955"
Community content is available under CC-BY-SA unless otherwise noted.