The Girl
The Protagonist
The Singer

Get revenge on her ex-boyfriend.

Carrie Marie Underwood is the main protagonist of the 2006 song "Before He Cheats" by her and its music video.

While in most songs the singer is an unnamed character, the video reveals that her name is the same as her real-life singer. She is an angry woman seeking revenge on her unfaithful boyfriend. While it is unknown what she is like normally, when she is angered (like in the song and video), she is wrathful and destructive. She feels very betrayed, and seeks to take her revenge, even if it resorts to criminal acts like vandalism. She also seems proud of herself for her actions, and feels he deserves it.

She was portrayed by Carrie Underwood herself, and is meant to be a fictionalized version of her.

In the music video and song, the cheating has already occurred, and Carrie has just recently found out. She was a faithful girlfriend, but he left her for a "sun-bleached tramp", who he already got into sensual and intimate relations with while lying to his then-girlfriend.

During the video, Carrie is seen sneaking into a parking garage for a club and bar where her unfaithful ex is with his lover. She has a baseball bat, and proceeds to use it to dent his car and smash his windshield and headlights. She then uses her keys to severely scratch the car all over, then break into the car and carve her first name into his leather seats. She finishes the vandalism by slashing his tires, then leaving while singing about how great her revenge is.

She finds her ex in the club with his lover, and proceeds to throw the keys to his now trashed vehicle into his drink. He looks annoyed, but goes back to business. She then takes an angry stomp down the street. As the song builds and becomes more dramatic, windows and parts of buildings start breaking and smashing, presumably caused by her. She gets away, and the man's reaction when he sees his destroyed car is never seen. 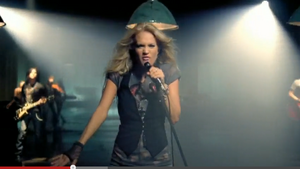 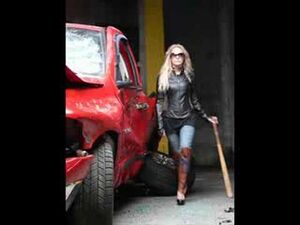 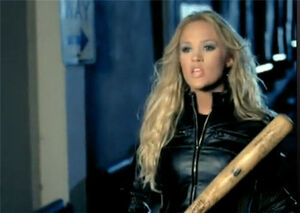 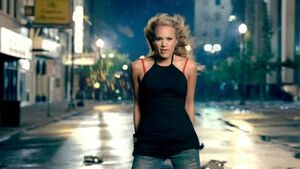 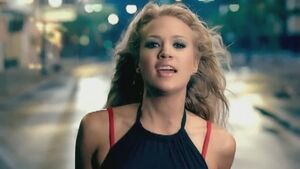 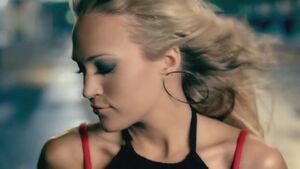 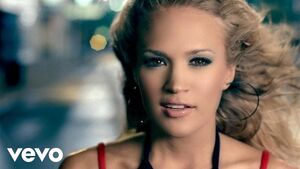 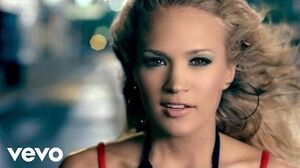 Retrieved from "https://villains.fandom.com/wiki/Carrie_Underwood_(Before_He_Cheats)?oldid=3888451"
Community content is available under CC-BY-SA unless otherwise noted.