Instigate a war between England and China for ratings (failed).

The Carver Media Group Network (or CMGN for short) is the main antagonistic faction of the 1997 James Bond film Tomorrow Never Dies. It is a media conglomerate founded and led by media mogul Elliot Carver until the events of the film.

The CMGN started off as a newspaper company owned by Elliot Carver's father Lord Roverman. Carver had vowed revenge against Roverman for abandoning him with a poor Chinese family. Eventually, Carver would find and blackmail his father into committing suicide in order to take over the company, but not before forcing him to write his will to meet his own needs.

Branding the company under his own image and having prior experience with the tabloid and broadcasting industries during his youth in Hong Kong, Carver expanded into many media ventures such as news, television, film, print and radio industries; even using his own newspaper "Tomorrow" to detail events of danger and outrage for ratings.

Unknown to the public, CMGN is responsible for many scandals that they report to the world for ratings. This was shown during a meeting between Carver and his executives about their business adventures, with Jeff Hobbs reporting of "floods in Pakistan, riots in Paris, and a plane in California" that they set up, Philip Jones reporting that he's got all the new Carver software filled with bugs so that customers will be forced to pay for upgrades for years, and Tom Wallace agreeing to blackmail the U.S. President in signing a bill lowering cable rates by threatening to doctor and release a video of him with a cheerleader in the Chicago hotel room.

Starting Up a War

It wasn't until 1997 when Carver decides to provoke a war between England and China, as the Chinese government refused to sell their broadcasting rights to the CMGN. To that end, Carver employs a corrupt Chinese general named Chang, who sold him stealth material to create a stealth boat. Using the stealth boat (commandeered by Richard Stamper and Captain Scott) Carver arranged for the sinking of a British frigate called the Devonshire and the murder of all its crew, Scott even ordered a missile on one of the Chinese MIGs to pin the blame of the attack on the Chinese Air Force. Carver also arranges for Henry Gupta to use a stolen American GPS encoder to intercept and erase the ship's current location from the GPS system in order for Scott and his divers to steal a large missile from the sunken ship.

With the brink of war at hand, Carver takes the opportunity to host his network's celebratory launch in Hamburg, but this wasn't the case when James Bond sabotaged the broadcast by causing a blackout in the studio, causing great embarrassment to Carver. After catching on to Bond's occupation as a secret agent and learning that his own wife Paris had a relationship with him, Carver arranges for Dr. Kaufman to kill Paris in hopes to draw Bond out and pin the blame on him, though this failed when Bond angrily kills Kaufman in revenge for Paris' death.

After recovering the stolen decoder for the Americans, Bond soon learns that Carver is planning to launch the stolen missile into Beijing, which will start off World War III and that the CMGN is planning to make a profit by covering the event with their media resources. Around the same time, Chinese agent Wai Lin takes wind of Chang's allegiance with Carver and comes to the same conclusion, learning that Chang will take over the Chinese government and grant the CMGN broadcasting rights for the next hundred years.

Working together, Bond and Lin send messages about the CMGN's true plot to their governments before tracing down the stealth boat's previous location at Ha Long Bay, where they took down many of Carver's men to their deaths. After killing Carver, Bond implanted detonators on the missile before escaping with Lin, killing a pinned Stamper and destroying the stealth boat in the process.

It can be implied that the CMGN would be put under investigation and presumably be shut down due to Carver's plot being exposed and foiled, tarnishing its reputation as a direct result. 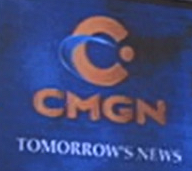 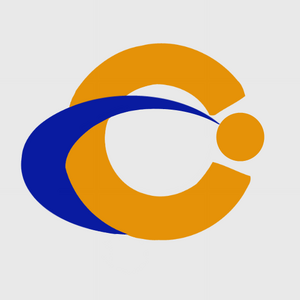 Retrieved from "https://villains.fandom.com/wiki/Carver_Media_Group_Network?oldid=3923769"
Community content is available under CC-BY-SA unless otherwise noted.