Daughter of the Royal Guard

Cassandra is tritagonist-turned-one of the main antagonists of Tangled: The Series. She initially starts off as the tritagonist of the series, serving as Rapunzel's Lady-in-Waiting and one of her closest friends, but by the near end of season 2, she eventually betrays Rapunzel by taking the Moonstone for herself so she could fulfill her own "destiny" and is set to become the main antagonist of the third season.

She was voiced by Eden Espinosa as a young adult, and by Cassie Glow as a child.

Cassandra never knew her parents as a kid, as she was adopted and raised by the Captain of the Guards, and she has been training to join the Royal Guard since the age of six.

Cassandra is first seen waiting for Rapunzel's return from a ride with Eugene at Corona's village gates. From there, Cassandra takes Rapunzel to attend to the various duties of a princess, specifically in preparation for her upcoming coronation ceremony to officially crown her as heir to the throne. Rapunzel laments her feelings about the stress of the pressures of royalty overwhelm her.

Cassandra believes the princess should take a break regardless of what her father wishes, but Rapunzel refuses to do so. Later at a dinner event, Cassandra sits with Pascal, while Rapunzel sits with her parents, and Eugene sits at the children's table (an arrangement made by Cassandra, who was in charge of seating). Eugene takes the time to propose to Rapunzel, but due to her fears of being bound to live in the castle, Rapunzel rejects and leaves. Seeing the princess upset angers Cassandra, who glares at Eugene. She is Princess Rapunzel's best friend and the adopted daughter of the Captain of the Guards. She has a strong dislike for Eugene, but eventually warms up to him and is also a highly trained warrior.

In Season 2, she joins Rapunzel on her journey to follow the path of the Black Rocks, but as the season gradually progresses, their friendship becomes increasingly strained. She calls out Rapunzel for repeatedly doubting her judgment, and one instance of this causes her right hand to become severely disfigured and disabled by Rapunzel when she was trying to stop Hector. What seemingly breaks her is when Cassandra enters a room in the House of Yesterday's Tomorrow after hearing a mysterious voice, and is not seen again until Tromus is defeated and the house is destroyed and then a door mysterious appears and Cassandra comes out of it, f then Rapunzel rushes up to her, she scowls at the Princess and flinches when she hugs her.

The following episode hints at a change in her when Eugene receives a prophecy saying that one person in their group will betray Rapunzel at the Dark Kingdom. Cassandra flashes a sinister smile when Eugene looks at her.

Although it seems that Eugene himself unwittingly fulfills this prophecy, Cassandra steals the Moonstone just as Rapunzel is about to take it. She bonds with its power, which changes her appearance and makes her the Moonstone's human vessel, the opposite of Rapunzel.

Cassandra is a skilled swordswoman and fighter, having trained in the ways of the Corona Royal Guard since she was six years old. She is adept with many types of weapons, as shown through her collection of them in Before Ever After. She can handle her own in most fights, easily taking down Lance Strongbow, a world-renowned thief, as well as some of the Seven Kingdom's toughest fighters, as seen in Challenge of the Brave. However, she is not unbeatable, as she is overwhelmed by warriors who have trained longer than she herself has been alive, such as Adira and King Edmund of the Dark Kingdom. Following her bonding with the Moonstone, she has most likely gained the life-draining abilities that it possesses, as shown through its power coursing through her hair. 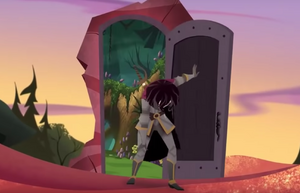 Cassandra emerges from the door exausted and somewhat traumitized, possibly the reason why she turned evil 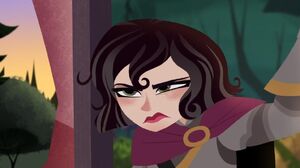 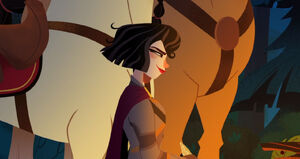 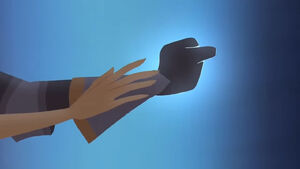 Cassandra grabs the moonstone first before Rapunzel does. 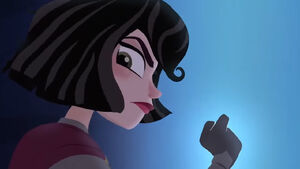 Cassandra's evil stare to Rapunzel after she snatches the moonstone from her. 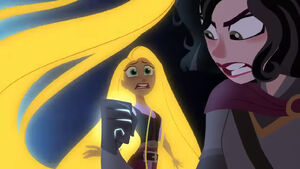 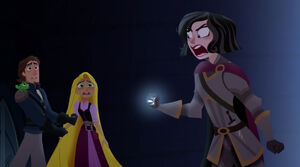 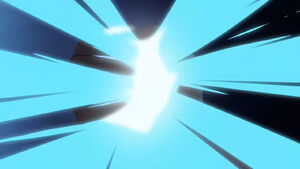 The moonstone glowing on Cassandra's hand... 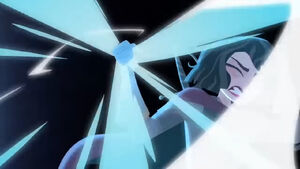 ...and it almost blinded her. 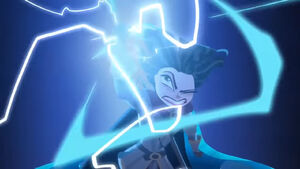 Cassandra keeps a hold of the moonstone before... 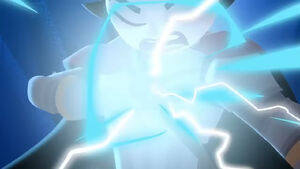 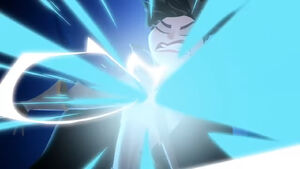 Cassandra about to turn into her moonstone form.

Cassandra transformed into her moonstone form. 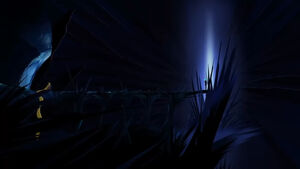 "I tried to warn you Rapunzel" 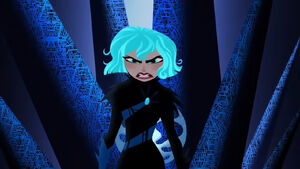 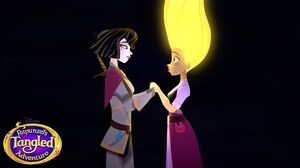