Cassandra Nova is a very powerful enemy of the X-Men and also one of their more recent ones, though her origins go back as far as the birth of Professor Xavier himself - a member of a parasitic race of psychic beings Cassandra attached herself to the unborn Charles Xavier while still in the womb, in essence becoming his twin sister but also embodying the darkest parts of Xavier's mind.

Becoming aware of her presence - and the threat she posed to the world - the infant Xavier seemingly vanquished Cassandra before even being born but somehow she would survive and grow mad, becoming convinced that she and Xavier were the only real things and that everything else was a lie.

Cassandra was also deeply weakened from the battle with the infant Xavier and it took her years to reform to a level of power suitable to become a threat to the X-Men, her most infamous act of villainy was when she commanded an army of Sentinels to mercilessly massacre over 16 millions mutants on the island of Genosha - making her one of the most destructive villains of the entire series (at least in the mainstream reality).

Cassandra Nova is not content with this massive lose of life though and is still planning more mayhem, being described as Xavier's dark half personified, seeking destruction and genocide so that she may accomplish what she sees as her true goal in life: to erase every "illusion" Xavier holds dear.

Cassandra is what the Shi'ar call "mummudrai", the spirit that is the equal and opposite of a person. However, due to the amazing genetic potential of Charles Xavier, his mummudrai was able to create a physical form, effectively a twin. While gestating in her mother's womb, Cassandra was recognized by Charles as his evil alter ego, and he preemptively tried to kill her with his nascent psychic abilities. Cassandra was barely able to defend herself, and the shock of the roiling battle caused a miscarriage of Cassandra's fetus. Though the doctors pronounced her stillborn, Cassandra in fact survived, and spent the next thirty-plus years as a growing mass of cells in a sewer, building a new body for herself, and planning her revenge on her brother.

When she emerged, Cassandra located a secret "wild" Master Mold in the South American jungles that was able to adapt existing technology into a wide variety of lethal Sentinel forms. She convinced a cousin of Bolivar Trask to accompany her to the Master Mold, where his voice activated the control protocols. After killing Trask by merging herself into his body, she dispatched giant Sentinels to Genosha, resulting in the genocidal massacre of over sixteen million mutants, including Magneto. Her Wild Sentinels also attacked the X-Wing, downing it with Cyclops, Wolverine and their passenger Ugly John aboard. The X-Men subdued Nova, but lost Ugly John. Wolverine severed Cassandra's vocal cords and she was brought to the Institute, where she began to exert telekinetic and telepathic control over the X-Men, making her way to Cerebra by phasing in an effort to destroy all mutants. Then Emma Frost snapped her neck, stunning Cassandra, who was finally put down by six gunshots from Charles.

What no one realized at the time was that just before the shots, Cassandra switched her mind into Charles's body and vice versa. Using Charles's form, Cassandra "outed" him and the X-Men to the world, then left Earth with Lilandra for a "vacation." While in the Shi'ar Empire, Cassandra used her powers to take control of the Imperial Fleet and began to destroy the Empire. Lilandra made for Earth, but Cassandra destroyed the ship, and upon arrival back at the Institute took down the Superguardians as well. By this point, Cassandra (in Charles's body) had constructed a psychic monster around herself, seemingly made up of the flailing body parts of all the people she had absorbed or controlled.

After beating off all comers, Cassandra again came to Cerebra. She tried to use Cerebra to access the minds of all Earth's mutants, but Charles's mind was waiting for her (put there by Jean Grey) and he forced her out of his body. Formless and with no life support, Cassandra flailed about until Emma came in with Cassandra's body, which the entity entered, only to be trapped inside, as her real body was dead, and this body was the Imperial Superguardian shapeshifter Stuff.

Nova is now trapped inside Stuff. Her mind has been blanked and she is being re-educated by mental simulcra of Professor X and Phoenix. It appears that she was allowed to take the form of the "super-strong" girl Ernst while she underwent her re-training, which may explain why Ernst always carried along the disembodied brain of Martha Johanssen. Martha was probably performing the telepathic re-education on an ongoing basis. Ernst was part of the Special Class, for a time until it reformed for a time into the Brotherhood of Evil Mutants. However, it should be noted that Cyclops and Beast did not know about this transformation, and it is uncertain whether Xavier himself did.

Cassandra (back in her original form) returned, alongside Sebastian Shaw of the Hellfire Club.

So far, it has been revealed that she used her vast psionic powers to awaken Emma Frost's Secondary Mutation which granted her the ability to turn herself into "living diamond" in exchange for the favor of Emma infiltrating the X-Men. Hints are also given that Emma in return did something more for Cassandra. Its also been revealed that the new Hellfire Club was Nova getting into Emma's mind and using her telepahtic powers to create the illusion that the Hellfire Club was there.

Recently in the Marvel continuity, Jean Grey came back from the dead and eventually bid farewell to the Phoenix Force (see Dark Phoenix).

As she returns and seeks to make things right for her species politically, she is faced with the reluctant ambassador of the United Kingdom, who does not share her dream concerning mutantkind's eligibility as a nation.

Later on, the two women share a word outside, Grey could not do much as she listened to the other one giving her a bleak message, calling herself "the true power" and knowing that she was not the Phoenix anymore. Soon after, the politician's head explodes with green energy while the redhead tries to reach for her. This was the doing of Cassandra Nova, who managed to take control of the ambassador to infiltrate the United Nations, and thus tricked the whole world into seeing Jean Grey as a murderer.

Nova's true intentions this time were to put an end to Homo Superior and to put an end to her brother's dream of peace. Using her mind-control powers, she subdued the mutant Forge into creating a new form of Sentinels, the Sentinites. They are electronic chips that have the particularity of flying and installing themselves on a person's brain, mutant or not. Once in place, the device will use its host as a mean of destruction, who will become hostile towards any mutant they encounter.

One of the first vessels of Cassandra's new weapon was Storm, who was sent to prevent Jean and her team from entering Wakanda. She used her power to tear their ship from the sky in an attempt of killing them. Soon enough, Nova used the same technology to invade the minds of countless politicians around the world in order to make them her allies in her war.

Eventually, Storm joined the team and even destroyed Cassandra's headquarters on the island of Genosha with a tsunami, putting an end to the production of Sentinites. In the end, the X-Men were joined by the S.H.I.E.L.D. and the Avengers on the said island to fight against Xavier's twin. While agents and heroes clashed against brainwashed soldiers, Nova attempted to use nuclear power to destroy her enemies, only to be stopped by Honey Badger, who stabbed her through the back of her head in order to implant a reprogrammed Sentinite on her brain. Thus, the villain's desire of genocide were gone as empathy took its place, allowing Jean Grey to show her a vision : her brother Charles' dream of peace.

Cassandra Nova was speculated to appear in the last setting of the cinematic X-Men franchise, Dark Phoenix, as the main antagonist. However, the title is claimed by Vuk, a shapeshifting alien of the D'Bari race who seeks to manipulate Jean Grey in order to use the power of the Phoenix Force and use it as her own. It is safe to assume that Nova was used as an inspiration for the character, as they share common aspects (such as their powers and extremism).

Cassandra possesses telepathy comparable to Charles Xavier. After copying the DNA of Charles Xavier, the mummudrai Cassandra Nova accessed the full spectrum of latent mutant functions in his genome (this means she has the powers of Charles Xavier, the ones he could have had and the ones he might receive, as a result of latent mutation), granting itself vast psionic powers. These powers include: telepathy, telekinesis, and the ability to release an astral form, which she focuses both her telepathy and telekinesis. She has all the powers of the "average" mummudrai as well. 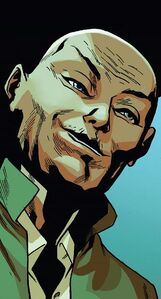 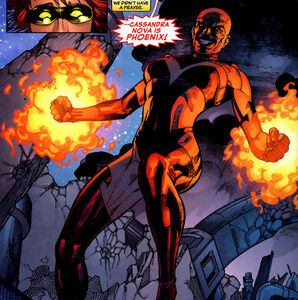 Cassandra Nova as the new Phoenix, in the 41001 Universe. 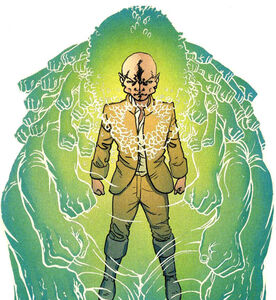 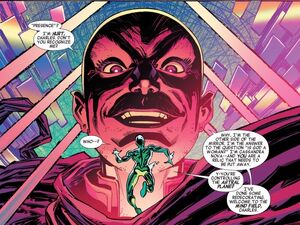 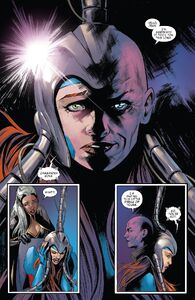 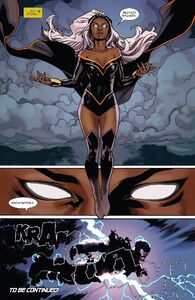 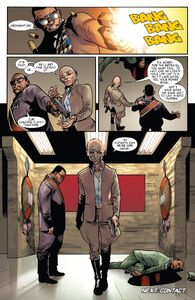 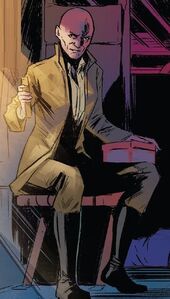 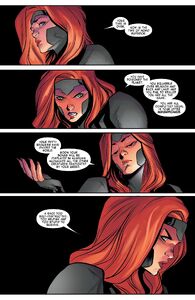 Nova impersonating her nemesis on television. 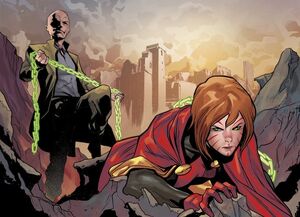 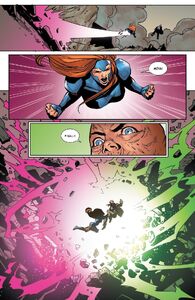