Aid her father in his conquest (formerly).

Take down her father.

Cassandra Savage is the daughter of Vandal Savage and one of his trusted lieutenants during his conquest of the world. She eventually reforms after finally seeing her father for the monster he truly is.

She is portrayed by Jessica Sipos.

Cassandra's mother died after Per Degaton unleashed the Armageddon virus, and she also had other siblings that died of unknown causes.

Three days before Savage's ultimate conquering of Earth, Cassandra is present during the speech Savage delivers to his forces. After the speech, she and Savage leave the area, accompanied by some security guards. While walking off, she spots Leonard Snart. Snart thinks that she made him and the rest of the team out as impostors but she walks by without an incident.

Kendra, who is watching the team via camera, realizes that the unknown woman wears the bracelet Kendra wore during her first death. While following Savage's group, Rip's team is spotted and Savage flees while Cassandra engages Sara in a furious battle. Kendra contacts Sara, ordering her to take the bracelet. However, Sara is unable to do so and the team is eventually forced to retreat. On their way out, Snart has the opportunity to kill Cassandra but leaves without doing so.

To have a weapon that can kill Savage, the team decides to infiltrate Savage's citadel to steal the bracelet from his daughter, whose identity is still unknown to them. At the citadel, Cassandra trains her sword fighting skills by fighting three of Savage's guards. After defeating and dismissing them, she turns to see that Snart and Mick Rory have entered the room. They demand the bracelet but at this moment, an intruder alert starts ringing. Having no other option, She reveals that she knows the identity of each member of Rip's team and that she is not Savage's lieutenant but his daughter.

Cassandra is imprisoned onboard the Waverider and the team decides what to do with her. Rory that they should send back body parts to Savage until Savage offers himself to be executed. As Cassandra knows valuable information about Savage's security systems, Snart meets her in her cell to get this information out of her. However, Cassandra tells him that Savage taught her to endure pain so that she wouldn't break when under torture.

After the Leviathan has attacked the Waverider, Snart releases Cassandra from her cell. He shows her the refugees in the hold, showing her that the rebels she is hunting are only people who try to escape death. He also shows her video footage from Kasnia, making her realize that not Degaton but her father was the one to release the Armageddon virus. Realizing that not the rebels but her father is the real monster, Cassandra leads Rip's team into the citadel where they confront her father. Savage is captured and taken to the Waverider while Cassandra joins the rebels to defeat what is left of her father's forces. 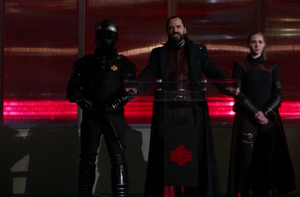 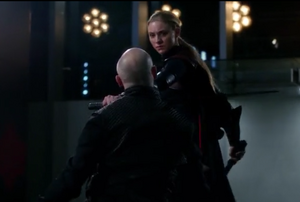 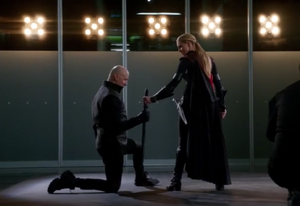 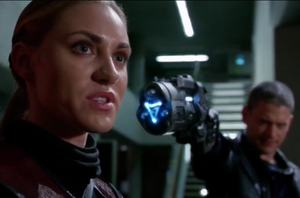 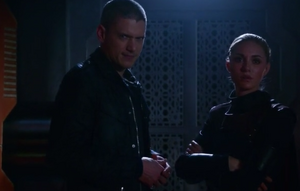 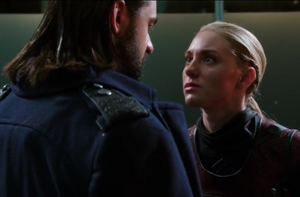