Hunting and capturing the Stitchpunks.

Hunt down souls of all of the Stitchpunks.

Find the Talisman and to use it to reawaken the B.R.A.I.N. (both failed).

The Cat Beast is the main antagonist of the 2005 original Oscar nominated short film 9, and one of the three secondary antagonists of the 2009 computer-animated feature of the same name.

In the aftermath of the machines' war against mankind, the Cat Beast is the last remaining machine, and its sole purpose is to find the Talisman and to reawaken the Fabrication Machine.

Nothing is known about the Cat Beast's origins, but in the post-apocalyptic ruins, it hunts the nine Stitchpunks to remove and collect their souls with its piece of the Talisman. The Cat Beast succeeds in hunting down and killing all of the first eight Stitchpunks (last of whom is 5), and as well as extracting and storing their souls in the Talisman, the Cat Beast also takes their skins to wear. The Cat Beast was finally killed while hunting 9, the last remaining Stitchpunk, when 9 lured it into a trap in a warehouse ruin, sending it falling from a significant height with it being impaled by the sharp wooden plank that it was standing on.

Very little is specifically known about the Cat Beast's past, but it was presumably created by the Fabrication Machine at some point during or after the Machine's omnicide against humanity and all other life. After the B.R.A.I.N. and the other machines deactivated or perished in the aftermath of the war, the Cat Beast alone remained active. It ruled and scoured the wasteland, seeking the Talisman so that it could use it to reactivate the Fabrication Machine.

After 9 awoke and met up with 2, they were ambushed in the wasteland by the Cat Beast. 9 evaded and escaped the Beast, but 2 and the Talisman were both captured. With a live 2 and the Talisman now in its possession, the Cat Beast immediately headed to the weapons factory where the Fabrication Machine lay dormant, to activate its slumbering master.

At the factory, just as the Cat Beast was about to insert the Talisman and reactivate the Fabrication Machine, 5 and 9 arrived to rescue 2. The Cat Beast viciously pursued and attacked the Stitchpunks, before 7 arrived and directly fought against the Beast. 7 managed to get an advantage over the Cat Beast by breaking its eye-socket light and lassoing its jaws shut, then destroyed the Beast by decapitation.

In the original 2005 short, the Cat Beast's eye is bright-green instead of red, and it wears a cloth consisting of the fabric skins of the first eight Stitchpunks over its thorax. 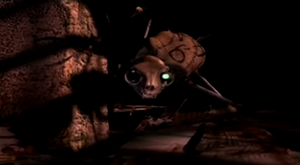 The Cat Beast as it appeared in the original 2005 short film. 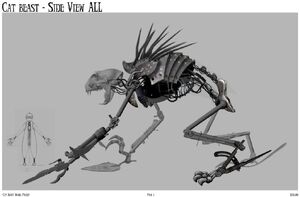 Concept art of the Cat Beast. 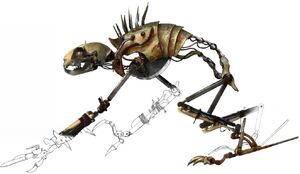 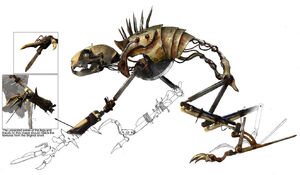 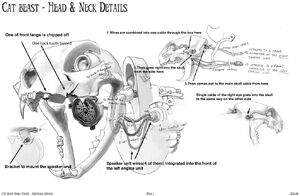 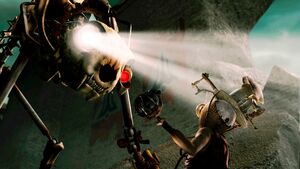 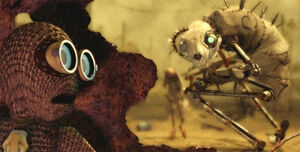 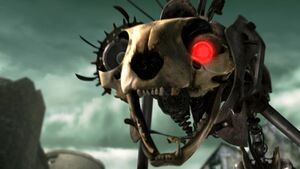 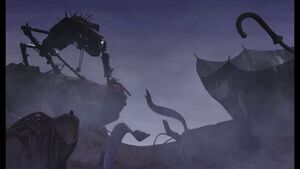 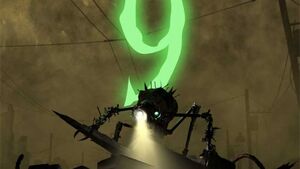 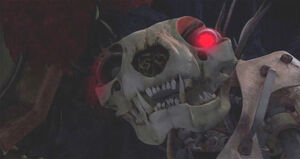 The Cat Beast heard something.

Retrieved from "https://villains.fandom.com/wiki/Cat_Beast?oldid=4197356"
Community content is available under CC-BY-SA unless otherwise noted.