Cathulhu is a villain that appears in The Real Ghostbusters cartoon series, specifically as also the titular main antagonist of the episode entitled "The Collect Call of Cathulhu" - he is a homage to Cthulhu but had the name purposely misspelled due to copyright issues: also many of the Lovecraftian themes were toned down to keep in with both the more comedic Ghostbusters world and the family-friendly image of the cartoon. 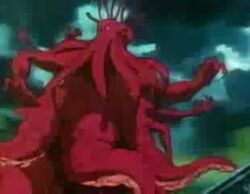 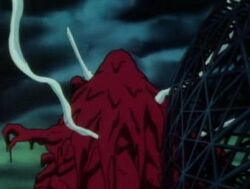 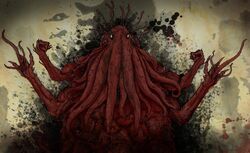 An artwork of the Great Cathulhu aka Cathulhu.
Add a photo to this gallery
Retrieved from "https://villains.fandom.com/wiki/Cathulhu?oldid=1960312"
Community content is available under CC-BY-SA unless otherwise noted.