Force Captain for the Horde

Transform into a panther (with Magicat mask)

Vengeful Archenemy
Catra is a major antagonist in the animated TV series She-Ra of the Masters of the Universe franchise.  She is the Force-Captain of Hordak's Evil Horde (a position previously held by Adora before she defected). Her trademark is a magical mask, given to her by Hordak, who in turn had stolen it from the queen of the Magicats. Catra could transform into a purple panther of formidable strength by pulling the mask over her eyes. Even in human form, however, Catra had such confidence in her own skills that she was prepared to take on Huntara, one of the most ruthless warriors in the galaxy.

In the original series, she was voiced by Melendy Britt.

The deliciously comical feline voice bestowed upon the character by Melendy Britt belied Catra's extremely cruel and calculating ways. The only characters that Catra evinced any tenderness towards were her pet lion Clawdee and the handsome pirate Sea Hawk, although the latter evoked Catra's wrath when he paired with Adora. The vain feline Force Captain had no regard or concern for even her fellow members of the Evil Horde, although Entrapta seemed to come as close to being a friend of Catra's as anyone could get.

Catra first appears in He-Man and She-Ra: The Secret Of The Sword as a minor antagonist. Its most important scene is when it takes its feline form to fight against the Rebellion. She tries to attack He-Man, only to get knocked down by Cringer and lose her mask in the process before running away from the tiger.

Following her first appearance, she is a regular villain in the Filmation animated series She-Ra: Princess of Power. 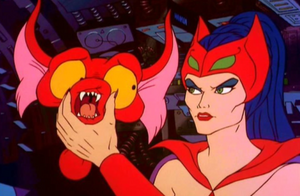 Catra in the original cartoon. 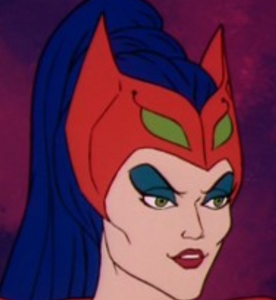 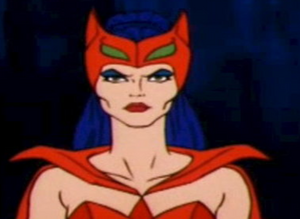 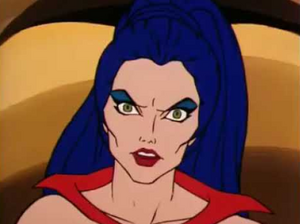 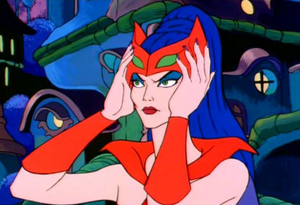 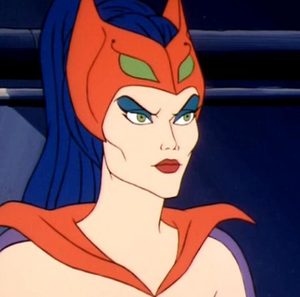 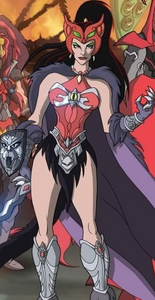 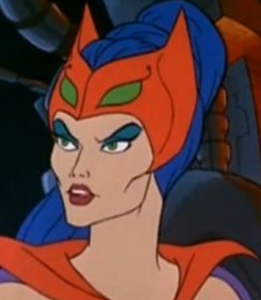 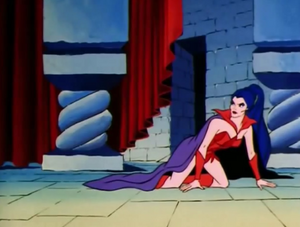 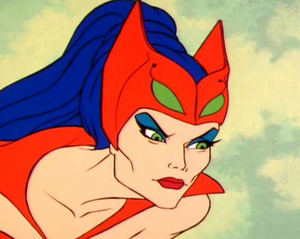 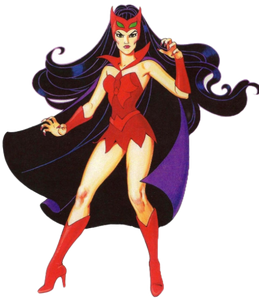 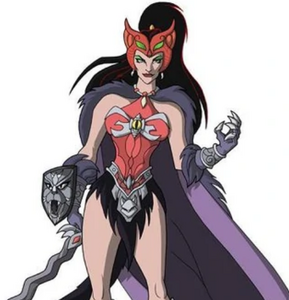 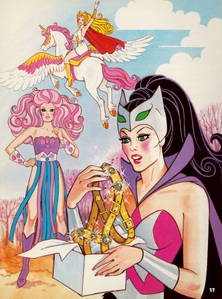 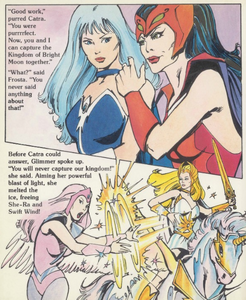 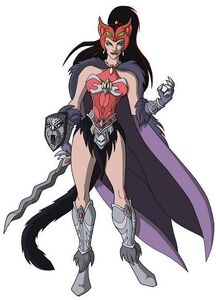 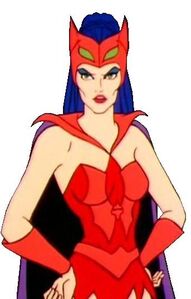 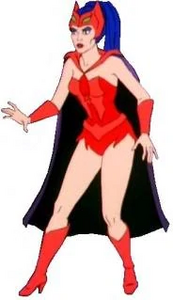 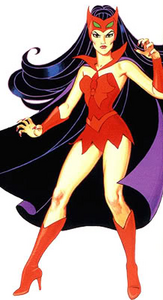 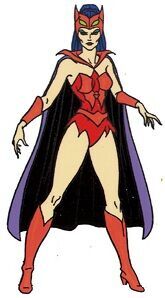 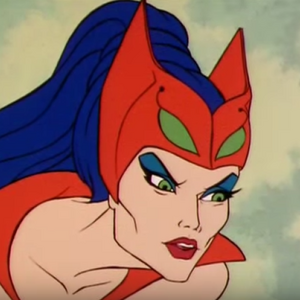 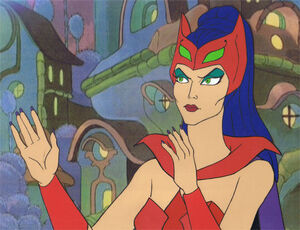 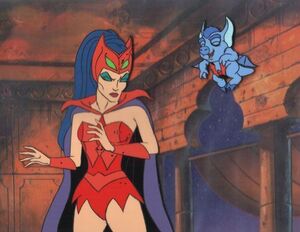 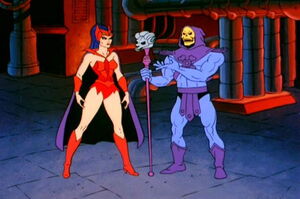 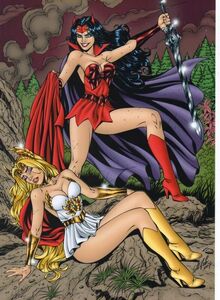 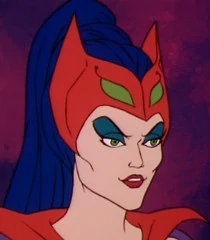 Retrieved from "https://villains.fandom.com/wiki/Catra?oldid=4197690"
Community content is available under CC-BY-SA unless otherwise noted.