No information
Koan is a major villain in Sailor Moon series, the youngest of the Ayakashi Sisters who serve under Rubeus.

Koan was Rubeus in the guise of a T*A Girls Academy student to recruit through the Black Moon supernatural club she set up. After setting a fortune telling booth where she predicts the time of her client's death, Koan is confronted by Rei Hino as the two proceed to fight. But Koan captures Sailor Mars before being destroyed by Sailor Moon.

Having romantic feelings for Rubeus, Koan worked to capture Chibiusa before she was abandoned by her superior to die at the Sailor Guardians' hands. But Sailor Moon purifies Koan to live a normal life in 20th century Tokyo, opening a cosmetic shop and later helping in her sisters' purification as well. 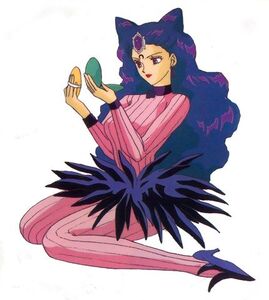 Koan as she appeared in the 90s anime. 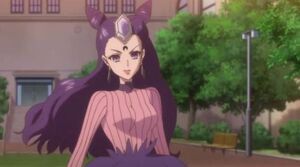