Founder and CEO of Aperture Science

Talking about the control group.

Transfer his intelligence into a computer.

Cave does not physically appear in the first Portal game. However, pictures of him can be seen on the walls of Ratman's Dens with his face covered by images of Companion Cubes. His username CJohnson and password can also be seen scrawled over the walls.

More about Cave Johnson and his past is revealed after Wheatley's betrayal. It appears Cave was a natural leader who could easily put people at ease despite the fact more often then not his experiments were highly dangerous. After being exposed to moon dust his body started to shut down. Realizing he was going to die in the near future he put all of his efforts in gaining immortality by uploading his mind into a super computer. As a precaution should he die before the system was ready, he asked that Caroline's mind be uploaded in his place. As he died before the the system was complete, Caroline was uploaded into the computer which created the AI known as GLaDOS.

A special stage in LEGO Dimensions reveals that Cave Johnson succeeded in transferring his mind to a computer, by placing his conscience in the body of a core that has been locked in old Aperture Science, he claims that "Being the genius I am, I managed to get myself in to a shiny core body and I've been locked in here ever since". It is unknown how he managed to transfer his mind into the core.

Cave Johnson appears as the "final boss" of the 2022 tech demo Aperture Desk Job, where Grady, along with the player, break into his office in order to pitch to him their new design for a toilet turret, despite the fact that Cave Johnson reportedly has not been seen for years.

As it turns out, Cave's mind was uploaded to a super computer inserted into a giant head whose size was necessary in order to contain his entire consciousness. A drawback of this huge head size, however, is that his robotic body was entirely crushed, rendering him completely immobile. In a panicked frenzy, Cave murdered multiple scientists and warned them to never enter his office again. However, after four years being stuck and unable to do anything, he regrets his actions and encourages the player to kill him.

The player and Grady manage to disintegrate his head's outer layer of clay and temporarily disable him by shooting the plug through whose electricity Cave is being kept on, but the backup generator is kicked in, frustrating Cave in his effort to die. Eventually, the floor under Cave's colossal, metallic head gives way, and he plunges into the depths.

He is last seen during the credits where his still conscious metal head whiles away, humming a solemn tune with a host of toilet turrets. 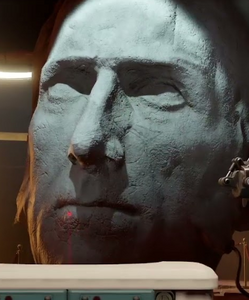 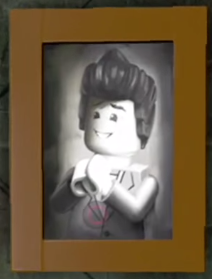 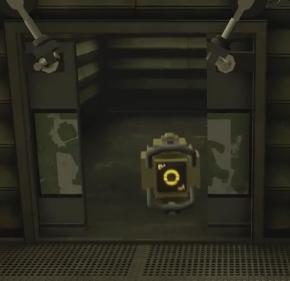 The core with the conscience of Cave Johnson, from LEGO Dimensions.