Get Doughy into the back of his van (succeeded).

Have a legacy by impregnating women (failed).

He was the local ice cream man of Moralton, Statesota. However, he was a pedophile and serial rapist in reality, targeting Doughy Latchkey an Miss Sculptham.

He was voiced by the series' creator Dino Stamatopoulos.

Creepler was the town ice cream man who sold Bible-themed frozen sweets. In season 2, Creepler was attracted to Orel's best friend 12-year-old Doughy Latchkey, so much so, he made it his goal of getting him into the back of his van. In the episode "Courtship," Orel suggests that Creepler should buy gifts for Doughy in turn, Doughy would give them to his homeroom teacher Miss Agnes Sculptham whom he had a crush on. When he realizes that Miss Sculptham never loved him to begin with, he decided to get into the back of Creepler's van only to be grossed out and swears off love.

As the series became more serious and character driven, Creepler's role had been greatly expounded on making him even worse and disgusting. Word of a serial rapist (or adulterer as the series put it) spread around Moralton, the victims all having one trait in common: they were all dark-haired women who left their doors unlocked. Seeing that the rapist disliked blondes, Miss Agnes Sculptham take sit upon herself to help in bringing in the assailant. She dyed her hair black to lure the rapist into her apartment room, and she gets raped and impregnated. After her attack, the rapist was apprehended and effortlessly revealed to be Creepler. Creepler was arrested and sentenced to the jail in Moralton.

Despite his atrocities, Miss Sculptham fell in love with him because he was the first person to give her an orgasm but she was also implicated to have attempted to abort the unborn child. This is shown through the appearance of a metallic object that she bends back into the shape of a clothes hanger. When she heard news of Creepler's death in his jail cell, she fell into a psychological breakdown before seemingly losing any sanity she had left.

Before the series' cancellation at the behest of Adult Swim, further plans were made for the Miss Sculptham and Creepler storyline where Sculptham was actually born with twins. When she successfully had aborted one of the fetuses, she was unable to terminate the other one. In a field trip, Miss Sculptham met an inmate who knew Creepler personally. According to him, Creepler's motivation for raping and impregnating women was because he truly wanted a legacy that would outlive him, and when he learned about Sculptham's abortion, he became morbidly depressed and committed suicide. Sculptham fell in love with the inmate and desired to marry him, but he declined the marriage when it was going to commence. 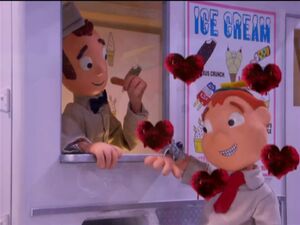 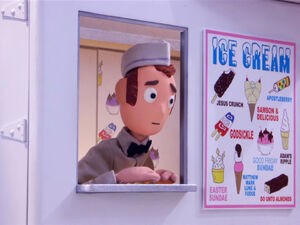 Retrieved from "https://villains.fandom.com/wiki/Cecil_Creepler?oldid=4388776"
Community content is available under CC-BY-SA unless otherwise noted.