Extensive knowledge about the Museum

Obtain the Tablet of Ahkmenrah and live forever (both failed).

Cecil "C.J." Fredericks is the main antagonist in the 2006 family fantasy-comedy film Night at the Museum (which is based on the 1993 children's book of the same name by Milan Trenc), and a minor character in its third sequel.

He was portrayed by Dick Van Dyke, who also played Mr. Dawes Sr. in Disney's Mary Poppins and D.A. Fletcher in Dick Tracy.

Cecil is an evil, corrupt, and manipulative night guard who pretended to be friends with Larry Daley. He and his colleagues tried to frame him to get what he wants, which led to his fate. However, in spite of his errors, he did reform in the threequel; he became a genuinely sympathetic, albeit a bit tricky and wise individual.

Cecil is an old, white-haired man. He often wears a scarf around his black sweater, but he does wear a gray suit while doing his job.

The only thing known about his early life was that in Egypt, he was a participant in an archaeological expedition where they discovered the Tablet of Ahkmenrah. Cecil discovered the tomb of Ahkmenrah's family accidentally when he plunged into a hidden pit that was later revealed to be the tomb entrance. His interests in the tablet began here.

By the time of the first film, Cecil is over 80 years old, and had served in a library, and then the museum as a security guard.

In the first film, he is an elderly night security guard about to retire from the American Museum of Natural History in New York City. He hires Larry Daley, despite his unimpressive resumé. Because of recent financial troubles, the museum plans to replace Cecil and his two colleagues, Gus & Reginald, with one night guard. They advise Larry to leave some of the lights on, and warn him not to let anything "in...or out".

Once night comes, Larry discovers that the exhibits come to life, which Cecil did not tell him since Larry won't believe him at first. After his instruction manual gets ripped apart by Dexter, a monkey, Cecil gives Larry advice to study history on the Internet of Things to prepare himself better. The next night, Larry uses what he has learned to better control the exhibits; however, things again go awry, and one of the exhibits, a Neanderthal man, goes outside when sunset comes and has turned into dust. Museum curator Dr. McPhee almost fires Larry the next morning, but gives him one more night.

Larry brings his son, Nicky, to the museum to show him the exhibits come to life, but nothing happens. They investigate and catch Cecil, Gus, and Reginald in the act of stealing the Tablet and other valuable objects, as they reveal their true colors. Like the exhibits, the guards receive enhanced vitality from the artifact; wishing to retain their health and fund their retirements, the three plan to frame Larry for the real thefts, and disable the Tablet to stop the exhibits from interfering. Nicky reactivates the Tablet, but Cecil and his henchmen lock him and his father in the Egyptian room, and flee with the Tablet.

Larry releases Ahkmenrah's mummy from his sarcophagus. The pharaoh speaks English from many years as an exhibit at Cambridge, and helps Larry and Nick escape. The three find the other exhibits fighting all over the lobby, and Larry convinces them to work together. Although some of the exhibits capture Gus and Reginald without any difficulties, their boss, Cecil, escapes by stagecoach with Larry, Nicky, Ahkmenrah, Jedediah, Octavius, and Attila the Hun in pursuit in Central Park, where they stop him and regain the Tablet. At the end of the movie, Cecil, Gus, and Reginald are forced to become museum janitors instead of being sent to prison, though it may be an act of forced community service. It is later revealed in the third movie that Larry actually played a role in deciding their fate by talking the museum out of pressing charges (although it may have only been because Larry didn't think the guards, at their age, would have survived a prison sentence).

Night at the Museum: Battle of the Smithsonian

Cecil, along with his colleagues, didn't return in the sequel; however, they did appear in the alternate ending included on the D.V.D. and Blu-ray releases.

Night at the Museum: Secret of the Tomb

Cecil and his cohorts return in the third movie, where they now reside in a retirement home. He appears to have reformed as he immediately tells Larry he is not interested in the tablet anymore, and enjoys his time at the home. Cecil also helps Larry find answers when the tablet's magic is disappearing. Cecil tells him to take it up with Ahkmenrah's dad, Merenkahre, who, along with his wife, resides in the British Museum of Natural History. Cecil's past is revealed as he is the cause for the founding of Ahkmenrah and his parents while on an expedition with his dad in his minor age. Also it is revealed that, despite his age, he is quite a skilled dancer. 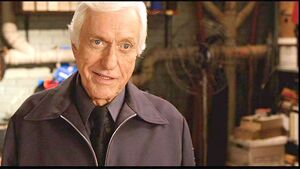 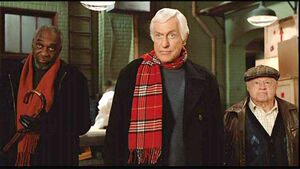 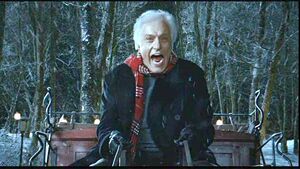 Cecil's evil laugh as he flees on stagecoach with the Tablet. 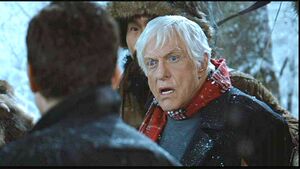 Cecil in defeat, as he is carried away by the exhibits. 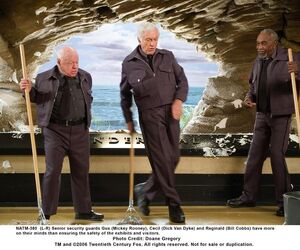 Cecil, Gus, and Reginald working as museum janitors after being caught.