Cele Cele is one of the Amazon Quartet who serve Zirconia and Queen Nehelenia.

She was voiced by Yuri Amano in anime series who is replace Reina Ueda in the Japanese version, and by Megan McChesney in CWi English dub and Cassandra Lee Morris in VIZ English dub.

She is the oldest and the most mature (though she, like the others, dislikes the idea of growing up), and is very feminine. She is the trapeze artist and flower magician of the Dark Moon Circus, and attacks by shooting smaller yellow orbs at her enemies. Her followers resemble plants. She possesses the yellow orb.

Cele Cele made two attempts to find Pegasus, one of which she put Besu Besu, Jun Jun, and Para Para to sleep. After the Amazon Quartet were defeated by Sailor Moon, they switched Rini (who was currently trapped by Queen Nehelenia) around with a doll so they could ride Pegasus and take his horn. When Zirconia found out, he trapped them in another dimension inside mirrors, and they began to question if they were on the right side. Zirconia later teleported them to the place where he fought the Sailor Scouts and drained their power to increase his power, but this was stopped when Cele Cele, along with the others, smashed her orb on the ground, releasing her from Nehelenia's power and giving up eternal childhood.

The Amazon Quartet helped Sailor Moon fight Queen Nehelenia by switching the golden crystal (which was in Nehelenia's possession) with a pineapple. After Nehelenia was defeated and left Earth, the Amazon Quartet decided to leave somewhere, saying they might see the Sailor Scouts again. 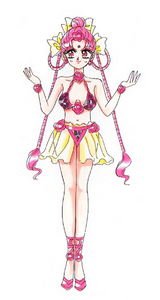 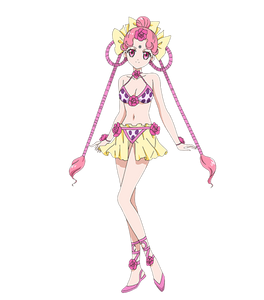