Villains Wiki
Register
Don't have an account?
Sign In
Advertisement
in: One Piece Villains, Aristocrats, Elitist,
and 34 more

Complete knowledge of the law

Continue their extravagant lifestyle and enjoy their 'special' statuses.

Buy as many slaves as they desire.
Kill Monkey D. Luffy.
Destroy the Will of D.

The World Nobles, also better known as the Celestial Dragons, are the overarching antagonists of the One Piece series. As the descendants of the founders of the World Government, they are the highest social class in the world and act as the living embodiment of the corruption and hypocrisy the Government poses. Because of their untouchable status and wealth, they effectively above all laws that govern the world, allowing them to commit crimes in broad daylight without fear of retribution. Because of this, they are among the most feared and hated groups in the known world, ironically even more so than pirates.

They are the natural sworn enemies of those who hold D. in their names.

They are the descendants of the founders of the World Government, the organization that rules the One Piece world (which displays increasingly blatant corruption as the series progresses, the Celestial Dragons being the most speaking example). They are all obscenely rich aristocrats who live in the Holy Land Marie Geois, where the headquarters of the World Government and the Marine HQ are located, and who all ironically got the epithet "Saint" before their name.

The Celestial Dragons are allowed to do absolutely anything they want without punishment. They can even get away with murder and slavery has not been fully abolished for their use. No one can insult them without going to jail for 20 years and no one can even oppose them without getting targeted by one of the Three Marine Admirals, three of the most powerful characters of the entire series. They are all extremely obnoxious, scornful, rotten to the core and corrupt people able to shot anyone who crossed their ways, talked back or even looked at them without enough deference; they can take anyone who pleases them as their slaves and sending back to their "peasant" lives when they have no further need of them; they can spend ludicrous amounts of money to satisfy their whims and they all wear bubbles around their heads to avoid breathing the same air as "lowly commoners".

Everyone in the world hate them and revile them, but they suffer in silence and try their best not to get involved out of fear of the Marine Admirals. As for the Celestial Dragons, they take this fear for granted and think that they are worth more than everyone else because of the long-past deeds of their distant ancestors. As such they make pretty extreme examples of eugenism and the stereotype of "Old Money".

When Celestial Dragons renounced their statuses and reduced to "humans", they are considered them and their family as traitors. They will never return the family of traitors back as one of them told to Homing to never call them again by calling him a "filthy human".

Most of Celestial Dragons are obsessed of slave trades which is their "Heavenly Tribute". They made their slaves suffer by torturing, abusing and raping them in agony and anguish as they did to Boa Hancock for 4 years when she was age 12 to 16 (which was her reason of hating men and the Government). Their brand on their slaves believe they are considered to be "properties" and "lesser human". When their slaves had successfully escaped from their so-called "masters", the Celestial Dragon will not tolerate until their slaves are found and brought back to their "owners" when send out Marines to find them.

However, this power didn't scare Monkey D. Luffy, who fearlessly punched a World Noble for hurting one of his friends in front of a room of shocked witnesses. He and his crew later escaped, leaving the Nobles angry and humiliated. this power also doesn't scare few others such as Monkey D. Dragon, Fisher Tiger and Rocks D. Xebec.

40 years ago at the God's Valley, many of the Celestial Dragons and their slaves were slaughtered by the notorious pirate crew called by the Rocks Pirates led by Rocks D. Xebec and his subordinates (Charlotte Linlin, Kaido, Shiki and Edward Newgate).

The admirals and CP-0 are the direct subordinates of the Celestial dragons which is the main reason Garp refused to become admiral.

The Celestial Dragons considered those who holds D. in their names as their nature enemies as they are terrified of the D. family. They will do whatever means to eliminate every people with the surname D. even killing them. 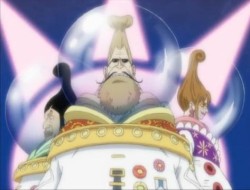 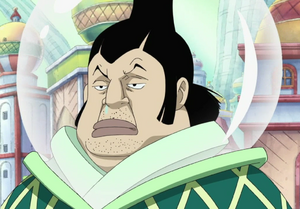