Most of Cell's powers, but are not as strong as Cell and can't regenerate

Defeat and destroy anyone who stands in the way of Cell (both failed).

The Cell Juniors (in Japanese: セル ジュニア, Seru Junia), also known as Cell Jr. in plural, and also called "Baby Cells" and "Mini Cells" (also spelled "Mini-Cells"), are the 7 offspring of their father and the main villain Cell and the secondary antagonists in the Cell Games Saga of Dragon Ball Z. They look almost exactly like Perfect Cell, but are blue-skinned and smaller. They use the copied attacks of the Z Fighters. They all easily defeated the Z Fighters but were all destroyed by SS2 Gohan. However, it was later revealed in Dragon Ball Super manga, they survived and became park rangers with Android 17 and help defend the Monster Island from poachers.

They were voiced by Yūsuke Numata in the Japanese version and voiced by Justin Cook in the English dub in the anime.

Basically, in terms of appearance, the Cell Juniors are the same as Cell in his Perfect form, with the main differences being that they are both smaller and blue. They also do not have stingers on their backs as Cell does, which renders them unable to absorb other beings. They all have skills similar to that of Perfect Cell himself, but they have far less endurance and are not shown doing regeneration. However, their power more than makes up for their drawbacks against most opponents.

Similar to very young children, Cell Juniors are curious, playful and do not express any sense of remorse despite having some moral agency. They are obedient to their father's orders and actively enjoy toying with their opponents, as well as drawing them in with taunts. Akin to Cell, they are very confident of their abilities in battle and draw their fights out for fun. When faced by a difficult opponent, however, they will resort to attacking in numbers and use all of their genetically inherited techniques to gain the upperhand. They are normally eager to fight, but are prone to panic and fear if an enemy can withstand their combined might and, as a last resort, will try to escape desperately.

The power levels of the Cell juniors is listed as 1,379,700 in Scouter Battle Kamehameha. Stronger red variations of them also appear in the game. Their power levels are listed as 46,655,274. 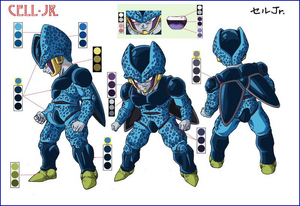 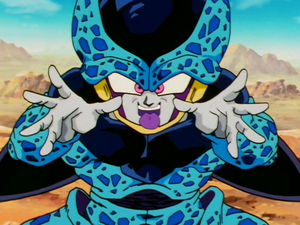 A Cell Jr. taunting by making a face. 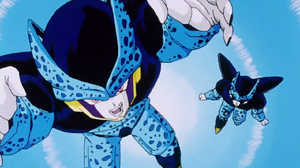 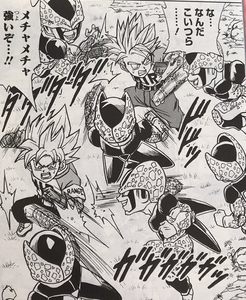 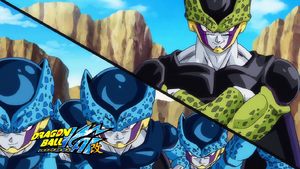 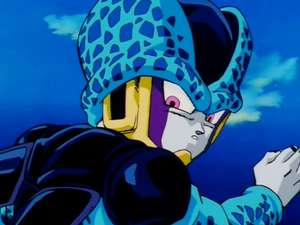