Defeat X and his friends.

Celosia is one of five Team Flare scientists in Pokémon X and Y.

She is voiced by Karin Nanami in the Japanese version, and by Jessica Paquet in the English version.

Celosia is one of five Team Flare scientists that are the driving force behind the team, being identified by her purple hair. She is first seen with Bryony and one of Team Flare's Admins at the Poké Ball Factory, trying to coerce the company president into working for them.

Celosia makes her first appearance in the X & Y chapter alongside her fellow Team Flare members. She, Bryony, and Xerosic witness the legendary Pokémon Xerneas and Yveltal rampage through Vaniville Town during a battle with each other. They note that they need the Pokémon to power their ultimate weapon, but currently have no means as to capture them.

At Santalune City, Celosia attacks X and his friends. After Shauna runs away from her friends after an argument, she is lured into an illusion set up by Celosia. The illusion consists of a Furfrou trimmer demonstrating the various trims of Furfrou. The trimmer gives Shauna a sword so that she can practice her dream of becoming a Furfrou dream as well. The sword turns out to be a Honedge, which possesses Shauna and puts her under Celosia's control.

Celosia has Shauna sneak into the Santalune Gym, where her friends are staying for the night with Gym Leader Viola. Shauna steals Kanga's Kangaskhanite, but she is discovered by Y, who tries to stop her. Shauna attempts to kill Y with the Honedge, but Viola takes the blow and is knocked unconscious. Celosia takes the Mega Stone and runs off, leaving Shauna to wildly attack her friends only to fall unconscious from the strain of the possession. X chases after Celosia, but is unable to keep up with her. He is assisted by Korrina, who uses her Mega Lucario to help battle.

Together, they battle Celosia's Pokémon in an attempt to retrieve the Kangaskhanite. Celosia's Aegislash manages to keep Korrina's Lucario busy enough so that Celosia can focus protecting the Kangaskhanite, but Viola reveals herself to still be conscious and uses her Surskit to trap Celosia with Sticky Web. With Celosia stuck, Li'l Kanga retrieves the Kangaskhanite, allowing her to Mega Evolve and help Lucario defeat Aegislash. Realizing that with two Mega-Evolved Pokémon she has no chance of winning, Celosia is forced to escape. 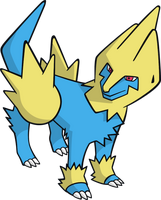 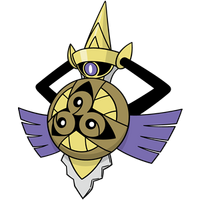 Celosia is a purple-haired woman, who wears a red jacket, red shorts, red boots, red gloves and a skin-tight suit underneath. She also wears purple goggles.