The Eleventh Colossus, nicknamed Celosia, is a major antagonist from the video game Shadow of the Colossus. It is the eleventh boss encountered in the game and a vessel for the essence of Dormin.

Celosia and the other fifteen Colossi were created by Lord Emon to contain the fragmented essence of the defeated evil Dormin. He set them all to wander the Forbidden Lands, destroying anyone that comes their way, so that Dormin could never be resurrected.

Celosia is the eleventh colossus that he encounters, dwelling in a small temple at the bottom of a canyon to the north. Upon entering, Celosia will leap out from its hiding place and immediately attack Wander by charging and clawing at him. Wander must escape behind one of the many braziers dotted across the hall and climb up onto it. Once there, he must provoke Celosia into charging, which will knock loose a burning stick from the fire. Wander must then carefully run and retrieve the stick, but it extinguishes upon being picked up. Wander must then escape back to a brazier and relight the stick so that a small fire burns at the end of it. Wander can then approach Celosia, who fears the flames and will slowly back away from them, although it will swipe if Wander gets too close. Wander must force Celosia back to a cliff before the torch burns out. Once at the cliff, Celosia will back up off of it, falling down and breaking its armor and revealing its exposed sigil. Wander must then quickly abandon the torch and make his way down the cliffside and onto Celosia's back, waking the colossus up. It will buck and thrash around attempting to shake Wander off, but Wander must keep his grip and stab the sigil. Once its vital has been stabbed enough times, Celosia will collapse to the ground and die, releasing the fragmented essence of Dormin contained within its body.

Celosia's corpse can be seen as the credits roll. 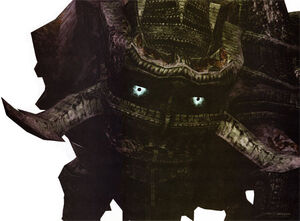 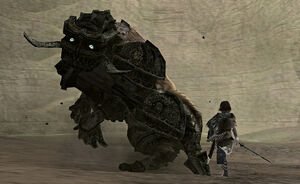 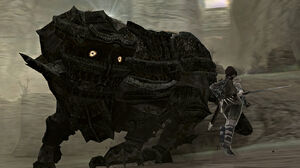 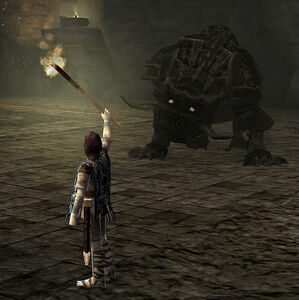 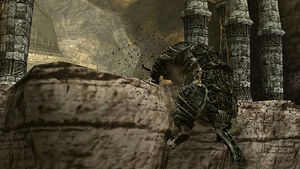 Celosia falling from the cliff. 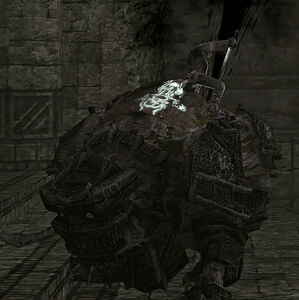 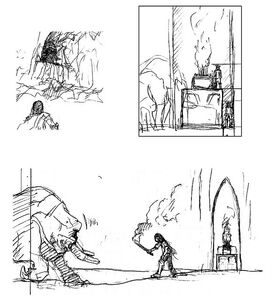 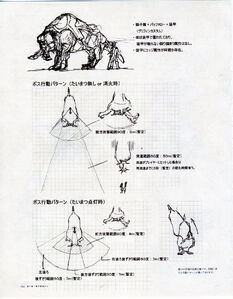 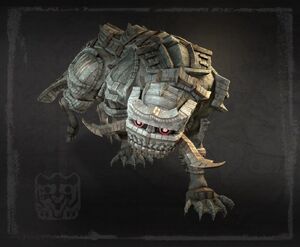 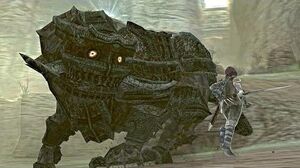 Retrieved from "https://villains.fandom.com/wiki/Celosia_(Shadow_of_the_Colossus)?oldid=3768918"
Community content is available under CC-BY-SA unless otherwise noted.