Kill anyone who comes near it (failed).

The Fourteenth Colossus, nicknamed Cenobia, is a major antagonist from the video game Shadow of the Colossus. It is the fourteenth boss encountered in the game and a vessel for the essence of Dormin.

Cenobia and the other fifteen Colossi were created by Lord Emon to contain the fragmented essence of the defeated evil Dormin. He set them all to wander the Forbidden Lands, destroying anyone that comes their way, so that Dormin could never be resurrected.

Cenobia is the fourteenth colossus that he encounters, located guarding the ruins of an ancient city to the northwest. Watching over from a steep temple at first, it jumps down to chase after Wander through the ruins. Cenobia's sigil is protected under armor which Wander cannot cut through. Instead, he must walk across walkways on top of the ruins and jump to the top of a pillar, then use arrows to aggro Cenobia into headbutting the base of the pillar, causing it to topple over. This allows Wander to jump to another pillar, repeating the process. Eventually, one pillar breaks into a stone wall, where Wander then must climb up onto a "roof" supported by only one column. Angering Cenobia with more arrows will cause it to smash into the column, causing the floor to collapse over Cenobia. As it frees itself from the rubble, the armor covering the sigil breaks. This will allow Wander access to the beast's back, although it tries to shake him off by running through the ruins. Once Wander has stabbed the sigil enough times, Cenobia will collapse and die, releasing the fragmented essence of Dormin contained within its body.

Cenobia's corpse can be seen during the credits. 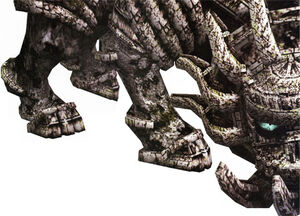 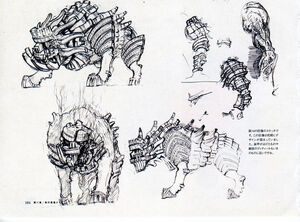 Concept art from the official artbook. 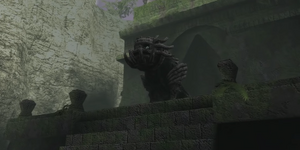 Cenobia at the top of the temple. 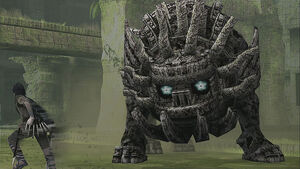 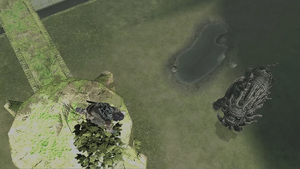 Cenobia preparing to charge at a pillar Wander sits atop of. 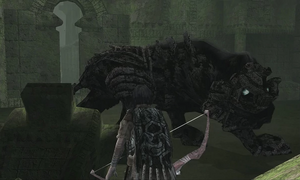 Cenobia with its back armor broken. 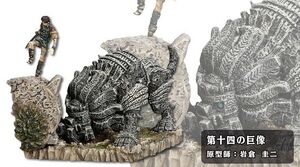 A limited-edition figurine of Cenobia released exclusively in Japan. 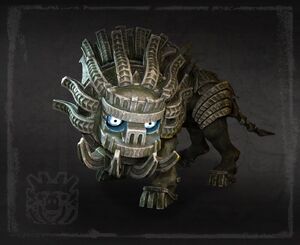 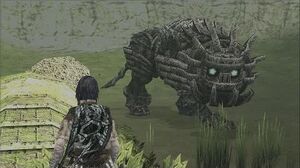 Retrieved from "https://villains.fandom.com/wiki/Cenobia?oldid=3888471"
Community content is available under CC-BY-SA unless otherwise noted.