Centinels are a race of giant, centipede-like Creatures of Grimm from the American animated webseries RWBY.

Like other Grimm, Centinels were likely created by the God of Darkness in an attempt to rid the world of life, and remained even after he and the God of Light abandoned Remnant. However, in the mobile video game RWBY: Amity Arena, it is alluded to in the messages for the card's giveaways that Salem may have created them herself.

Team RWBY, Jaune Arc, Nora Valkyrie, Lie Ren, Qrow Branwen, and the Ace-Ops are tasked to clear an abandoned Dust mine of Grimm in order to prepare a launch station for a radio tower on top of Amity Arena, particularly an elusive Geist. Upon entering the mine and giving chase to the Geist, a swarm of Centinels are awakened throughout the mine and begin attacking the various groups scattered around the mine. They emerge from the walls and floors, and begin attacking with their pincers and sharpened armor. The groups fight the Centinels back, giving them the opportunity to test their modified weaponry on the Grimm. Upon defeating all the Centinels, the teams follow the Geist deeper into the mine.

Centinels are capable of burrowing into rock, dirt, and even Dust, allowing them to move through the ground undetected. When attacking, they use their sharp pincers and spiked legs to snap and stab at victims. They travel in large groups, and swarm enemies. If they are cut into pieces, the piece with the head can continue to live for a limited amount of time or until it is also destroyed. Their blood is also shown to be bright green; if it is acidic or not is unknown.

Centinels appear as units in RWBY: Amity Arena. They are melee units that burrow under the ground, making them temporarily invulnerable and undetectable for one second until they emerge and attack. 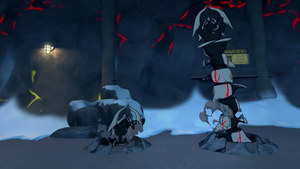 Centinels emerging from the ground. 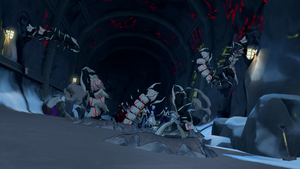 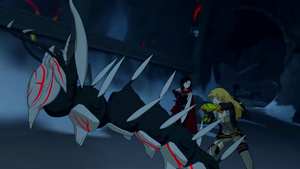 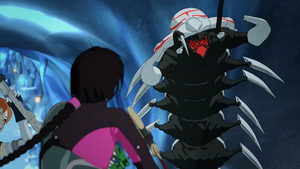 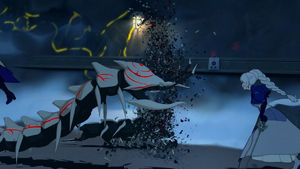 A Centinel as it appears in RWBY: Amity Arena 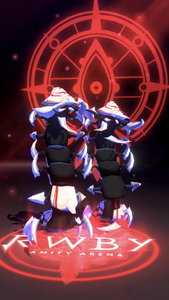 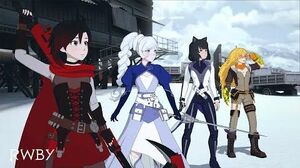