Guardian of the Circle of Gluttony

Cerberus is a major antagonist in the video game Dante's Inferno, where he acted as the fourth boss, as well as the guardian of the third circle of Hell: Gluttony.

Cerberus was the guardian and boss of the Third Circle of Hell, Gluttony. He was a Hellhound with three worm-like heads, and a number of smaller worms sprouting from around them, that emerged from a maw in the ground, giving each head multiple mouths. Cerberus was immobile, despite possessing front legs and its heads constantly fought over their food, sometimes vomiting up what they ate. As Dante continued his descent into Hell, he found his way to the entrance of the Circle of Gluttony. There he was met by Cerberus, whose heads emerged and began fighting Dante, but the crusader defeated the beast, severing the left and right heads. The middle head attempted to devour him, only to get blown up from the inside by Dante, allowing him to enter the Circle of Gluttony.

Cerberus possessed great strength due to its large size, and utilizes two attacks: biting at its enemies with its heads and spiting up agglomerations of skulls and corpses previously eaten by it as projectiles. 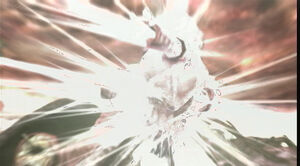 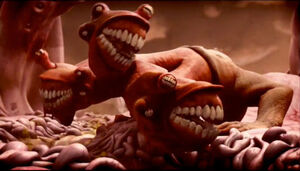 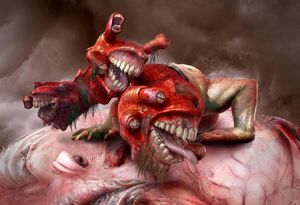 The Great Worm aka Cerberus.