Cerberus the Hellhound, or also better known as Cerberus, is a second-level Nightmaren created by Wizeman and an antagonist in the video game NiGHTS: Journey of Dreams.

This creature hails from the realm of Nightmare, ever hungry for anything, and will constantly rampaging through anything that stands in its way. It is known to have quite a frightening temper.

Reala, under orders from his evil maker Wizeman, unleashes the destructive beast upon the Delight City plain of Nightopia to capture or crush the defecting Nightmaren, the Nightopian hero known as NiGHTS.

The cretaure failed and was destroyed.

Cerberus is a chained vicious canine monster whose body made of ethereal and elemental energy with heads made of certain 3 elements, fire, ice and thunder.

He is the boss of Will Taylor's Delight City dream as he was set loose by Wizeman to hunt down NiGHTS and to destroy everything in his path. His arena takes place in a giant spooky cage within the realm of Nightmare. 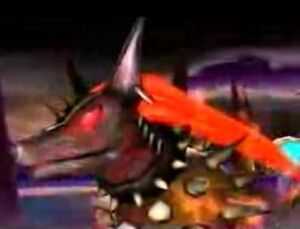 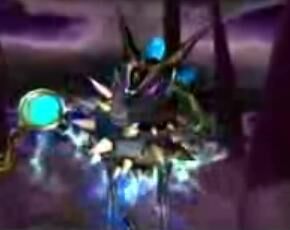 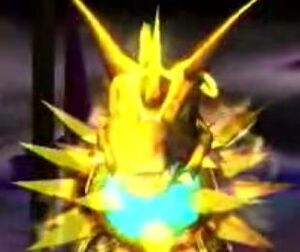 In Greek and Roman mythology, Cerberus is a three-headed hound who guards the gates of the Underworld.