Dowager Queen of the Seven Kingdoms (stripped of her regency)

Manipulating people.
Playing politics in a chaotic way.
Eating and drinking (to imitate her husband).
Having sex with her court allies, blaming other people for her problems (especially her brother Tyrion).
Bickering with her husband, Robert.
Having sex with Jaime and Lancel (formerly).

Cersei Lannister is one of the main antagonists of the Song of Ice and Fire book series and its television adaptation Game of Thrones. At the beginning of the series she is the Queen of the Seven Kingdoms. She is the daughter of Lord Tywin Lannister, twin sister and lover of Ser Jaime Lannister, and older sister of Tyrion Lannister. She is the wife of King Robert I Baratheon and mother of Joffrey, Myrcella, and Tommen, who are all incest-born children.

In the TV series, she was portrayed by Lena Headey, who also notably portrayed Madeline "Ma-Ma" Madrigal in Dredd, and Morgana in Trollhunters.

Followers and collaborators of Cersei Lannister 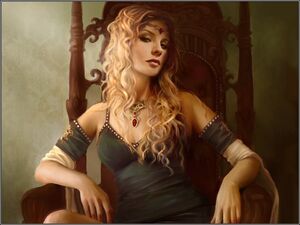 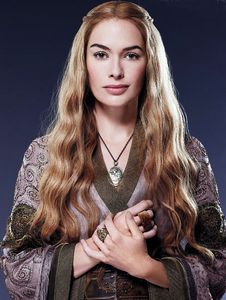 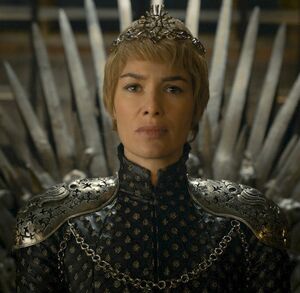 Queen Cersei I on the Iron Throne. 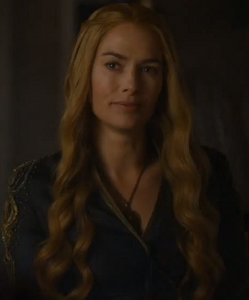 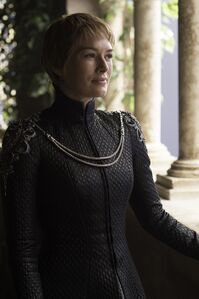 Cersei after her walk of atonement. 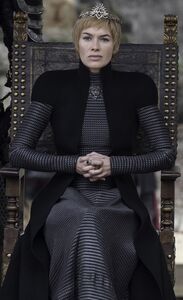 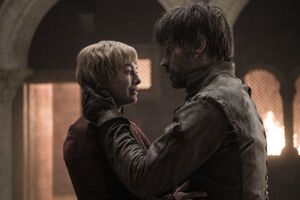 Cersei and Jaime before their deaths.
Add a photo to this gallery

Retrieved from "https://villains.fandom.com/wiki/Cersei_Lannister?oldid=3463972"
Community content is available under CC-BY-SA unless otherwise noted.