Monster
Cetos Orcinus is an Orca Lord and antagonist in Kamen Rider Agito.

Cetos Orcinus first appeared to stop Palleo from harming Masumi, as he was a follower of the El of the Water. Orcinus was later ordered by the El to kill Majima and Mana, only to be confronted by Agito as he was on his way to do so. Orcinus managed to overpower the Rider, only for Gills appear and provide backup. After fighting off both Gills and G3-X. the Lord retreated. Orcinus later attempted to kill Shouichi, leading to another fight with Agito which fight ended when Agito Ground Form destroyed Orcinus with his Rider Kick.

In the alternate timeline where Shocker achieved global dominion by the year 2011 and folded all future villain groups into it, Cetos Orcinus was among the many monsters who were part of the evil organization. When the Kamen Riders began appearing to fight Shocker's forces, Orcinus fought Agito alongside Pantheras Luteus only to be defeated. 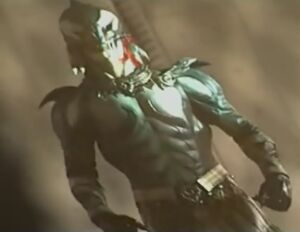 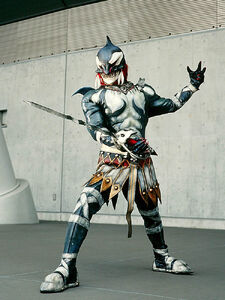 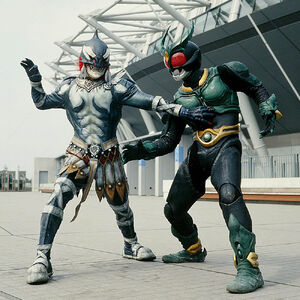 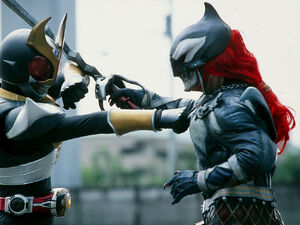 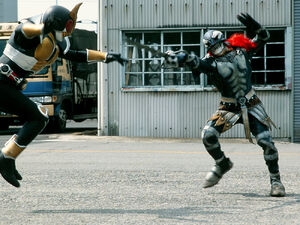