To "make angels remain angels forever" - To rape and kill all children he can.

Champ is one of the members of the Empire's Secret Police Wild Hunt. He is portrayed as an overweight Clown with poor stamina and according to Syura is a "Serial Killer Entertainer". He is noteworthy to be Run's Sworn Enemy as well as his reason for wanting to change the empire by joining Jaegers due to a dark event caused by him.

Some time ago at a central town of the Empire, Run was a children's teacher in a peaceful farming town near Joyou. That peace was disrupted by Champ one day when Run was gone from town by massacring his entire Class. In order to keep the peaceful appearance, the case was swept under the rug. Few eyewitnesses are the ones that told Ran who it was and ultimately, Champ became Run's sworn enemy of his life, chasing after him for revenge and justice.

An unknown time later, he was recruited by Syura and became a member of Wild Hunt, introduced to the Prime Minister. However, he had no intention of fighting as there were no children.

During the havoc on Umatora Theater his vicious side is revealed as unlike Cosmina and Enshin he had no desire to take part in the rape and murder of the Theater Team until he saw a child. This showed he is also sadistic as he referred to the boy as "Pure as an Angel" but immediately hurt him badly afterwards telling him he'll "Lick him" so he feels better.

After that he showed to despise adults as when a woman begged him to stop, he referred to her as rotten garbage and that she reeks, violently killing her in the process by smashing her face and body. He is later seen confronting Bols' wife and daughter, with Syura and Enshin, as they visit his grave. In which he was shocked at how cute the daughter is and they should have their "honeymoon" on her father's grave. It is later revealed that he was the one who killed Run's students when he was once a teacher.

After getting lured out of the Wild Hunt base by Run who claimed there is a "Shack full of super cute children" he ends up at some abandoned ruins where he was ambushed by Run and Kurome (to be more precise, Natala and Doya), Champ gets pierced by Run's feathers when he noticed Champ still standing after being tortured.

He can't throw his orbs in time including a feather in his eye. He then gets tortured out of vengeance by Run for murdering the entire class of his students. He was thought to be a goner, but Run underestimated his toughness leading to Champ surprise attacking him and Kurome with a combination of his Storm and Explosion Orb which led to Run being fatally injured. He attempted to finish him off with his Flame Orb, however Run countered it by activating his own Teigu's Special Ability to reflect the Orb, leading to Champ being incinerated himself and burned alive with nothing left of him except his skeleton.

Champ is depicted as a very disturbing and argumentative pedophile who seems to have some obsession with killing children as upon his introduction he stated he didn't feel motivated like his Team members to kill the Death Row Prisoners because there were no kids around.

Champ has no issues admitting his disturbing obsession of raping and butchering children as in his eyes he does them a good deed as he, according to his own words, justifies his actions, because he "makes angels remain angels forever" as he sees adults as being nothing more than filthy animals and prevents that from happening to kids. This does nothing to make his actions less henious as he clearly kills kids for his own selfish desires.

Overall, Champ is a perverted monster whose acts become worse once one factors in his obesession with killing childern. This makes him one of the vilest villains of the series as even his leader, Syura, never went out of his way to do this.

Champ weilds the teigu, Ace Solution: Die Leaguer. It comes in the form of six elemental orbs that can be activated if thrown. He also has great durability and toughness despite being stabbed and tortured by Run as endured his torture for the most part.

Some of the elemental orbs include: 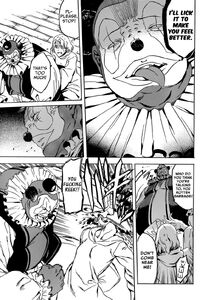 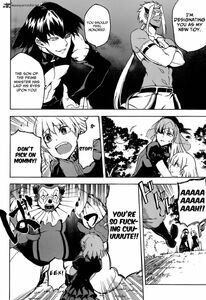 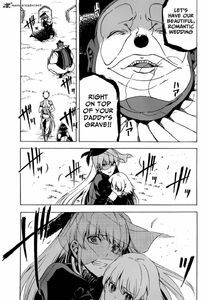 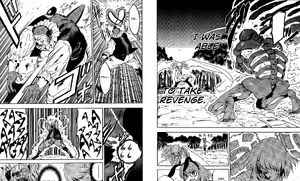 Champ's Death
Add a photo to this gallery

Retrieved from "https://villains.fandom.com/wiki/Champ_(Akame_Ga_Kill!)?oldid=3481257"
Community content is available under CC-BY-SA unless otherwise noted.