Destroy anyone who gets in his way.

Nicholas Powell, also known as Chance, is a supervillain from Marvel Comics.

Nicholas Powell was a compulsive gambler and risk-taker that only lived for the thrills of life. He took up the identity of the super-criminal Chance so that he could put his bets against more powerful odds. When hired for jobs such as burglary and murder, he would bet against his employer; if he was successful, he won the bet, if not, he pays a similar amount.

The superhero who interfered with him the most, was Spider-Man, who became his nemesis during jobs. Chance built his power suit all on his own, and it included many high-tech weapons and computers, with both offensive and defensive capabilities. He had ankle jets that allowed him to fly, as well as a helmet that gave him 360 degree vision, along with infrared vision and radar. He also had wrist-mounted laser blasters, concussive blasts, and acid darts. 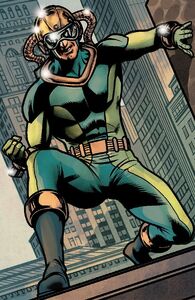 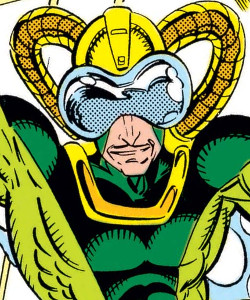 Retrieved from "https://villains.fandom.com/wiki/Chance?oldid=3534607"
Community content is available under CC-BY-SA unless otherwise noted.