Kidnap maidens of Lordran for Seath to experiment on.

Channelers are supporting antagonists in Dark Souls. They are a group of sorcerers and followers of the wicked Paledrake of Lordran, Seath the Scaleless.

Channelers are tall and lanky, having teal armor covered in golden detailed outlines, such as lines, circles, and medals. Their helmets have six eyes, compensating for Seath's blind vision. Their weapons are golden tridents.

Servants of Seath, the Channelers traveled throughout Lordran in search of human specimens for Seath to experiment on, with his preference being noble maidens that he can turn into Pisacas. The Channelers will also capture Reah of Thorolund and take her to the Duke's Archives if the player buys all of her miracles. The player will encounter five Channelers throughout their quest:

From their tridents, Channelers can shoot Soul Arrows from afar, as well as teleport. When in peril, the Channelers can perform a ritualistic dance to temporarily boosts their and nearby enemies' offensive abilities for a limited time.

It is unknown what happened to the Channelers after Seath was slain by the Chosen Undead.

Channeler Liste is a minor character in the comic Dark Souls: The Age of Fire. He leads a group of Channelers who kidnapped handmaidens of Gwynevere, Princess of Sunlight. In the sewers leading to the Duke's Archives, Liste and his men are encountered by Silver Knight Arkon and his brethren. Arkon orders Liste to release the kidnapped handmaidens, although Liste insists the women captured were only lowly street-urchins and offers one as a peace treaty, stating that he would tell Seath she did not survive the journey. Arkon denies the offer and departs as he was trespassing in the duke's property.

Later in the comic, Liste is informing Seath of the dangers coming from Lost Izalith and the Abyss. Seath scoffs the remarks and claims that they were the Channeler's concerns and not his. When Liste tries to reason with Seath, the Paledrake roars at him for interfering with his work and warns him not to interrupt him again. Liste acknowledges and leaves. 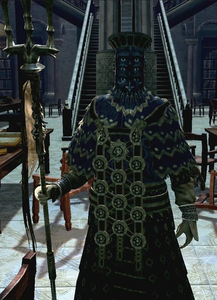 A Channeler in the Duke's Archives.