Rebel against and destroy the SCP Foundation due to the latter's "lies".

Make humanity masters of everything.
Use SCPs against the Foundation
Rescue Class-D and kill all MTF and Scientists.

In SCP - Containment Breach, it was implied that Dr. Maynard, one SCP Foundation doctor, was actually a mole for the Insurgency.

According to one story, the Chaos Insurgency was a group of a covert special task force formed by the O5 Council of SCP Foundation, first known under the codename of "Insurgency", and was part of the Foundation.

According to another story, the Insurgency is the successor to an internal rebel faction which was eventually defeated after a massive civil war with Foundation loyalists. This rebel faction had similar goals to the Serpent's Hand and the Manna Charitable Foundation, seeking usage of SCPs and other anomalies to benefit humanity.

It is also common that the Insurgency was founded in the years following World War I, usually 1924 or 1925.

The Chaos Insurgency is opposite to the Foundation who contained their SCPs and put most of them under strict surveillance. The Insurgency is quite the polar opposite, as they would like to utilize the SCP artifacts as their tools. The Insurgency also wants to take down the SCP Foundation for its "lies" by possibly unleashing several harmful and even hostile SCPs. They have provoked multiple riots against the Foundation. They are also implied to have killed approximately 375 students at Kirk Lonwood High School during anomalous experiments, although they claim the Foundation was responsible.

The Insurgency's treachery caused panic from the O5 Council, who had been responsible for the Insurgency's creation. Soon, the Insurgency became one of the most fearsome human enemy faction to the SCP Foundation, which will utilize all kinds of ways in order to neutralize the Foundation itself, including sending spies into it.

The Insurgency usually operates in developing countries, often having a relationship with the corrupt regimes that control these nations. The Insurgency often helps keep these governments in power in exchange for facilities and resources. The Insurgency is also known to have citizens from these countries as test-subjects in their experiments in a similar manner the Foundation uses D-Class personnel.

Besides anomalies, the Chaos Insurgency also trade in weapons and intelligence.

The soldiers from the Chaos Insurgency appeared at one of the endings of SCP - Containment Breach, but it is highly implied the entire C.I. serves as the mastermind of the whole thing.

If the player had the Gate A opened and did not have SCP-106 contained, SCP-106 will distract the firing of the guards of SCP Foundation after he got out from the Gate A. After SCP-106 sunk back into the ground, the guards will cease fire. Successfully avoiding the guards by walking under the bridge and through a secret tunnel will make the players to meet the soldiers from the Chaos Insurgency, who arrived and took the player away without any harm, in order to know more secrets of the Foundation from the protagonist in order to achieve another goal (judging by their following words "You know too much to let them get you. You're coming with us."). This is one of the two endings that do not result in your death.

It is also highly theorized that Dr. Maynard could have given SCP-079 the full access to the system of the Site. Support for this notion comes from the monitor in SCP-079's control room saying "you have control now", and SCP-079's actions of manipulating the player to escape could also be a reference that the Chaos Insurgency leaders are manipulating the protagonist all along in order to find someone who will spill the Foundation's secrets.

If it was real, then the whole story will become clear; Dr. Maynard advanced SCP-079's intelligence under the order of his possible boss, the Chaos Insurgency, to shut off the electric device of the entire Site, causing SCP-173's containment breach and setting all of the events in the entire SCP - Containment Breach. Considering the nature of the Insurgency of using dangerous SCPs as their tools, it is very likely that they had caused this containment breach of SCP-173 and SCP-106.

However, Dr. Maynard would soon suffer a horrible fate as he was incapacitated and dragged into SCP-106's pocket dimension, later to die and drop from the ceiling right infront of the player, leaving a password for his office on a corroded piece of paper. In addition, it was unknown what happened to the protagonist when the Chaos Insurgency took him away safely. Even so, if the Chaos Insurgency did orchestrate the entire event, then they had succeeded to plunge the entire SCP Foundation into total chaos. 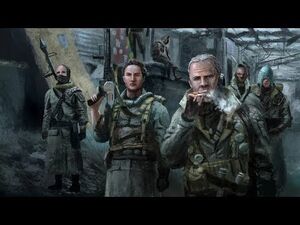 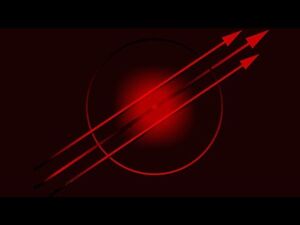 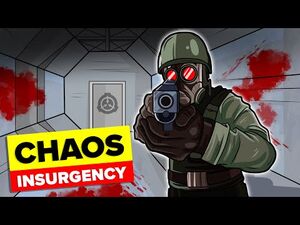