Member of the Youngblood (formerly)

Doing missions given to him by Jason Wynn.

Chapel is a servant of Jason Wynn. Chapel is also the one responsible for the death of his ex-best friend Al Simmons, who later became Spawn.

There is little known about Chapel's life before the events, Chapel was born in a prison in Joliet, Illinois. He is a known smoker and womanizer, who is proficient in unconventional warfare such as torture. Chapel was in Operation Knightstrike alongside Simmons. Chapel became a fellow soldier, but later became a mercenary, who becomes a servant to the corrupt mastermind Jason Wynn.

At one point Chapel was ordered by his superior to murder Al Simmons. The order was given because Al Simmons was a suspected spy. However, Al Simmons became the dark vigilante, Spawn.

Later in his career, Chapel was instilled with several chemicals that would give him some various superhuman abilities. Chapel was later injected with some type of HIV that can be activated by the superiors with a special serum. Wynn, who had frequent feuds with Al Simmons, commissioned Chapel to kill Spawn.

Spawn eventually regained his memory of Chapel being his killer and began hunting him. Spawn ambushed Chapel and took him to a swampy area, where Chapel had his face cut out by Spawn (in the shape of a skull). Afterward Chapel was forced to replace the missing skin with a skull that he had grafted onto his bone.

Chapel appears in the animated series as a major antagonist and loose cannon servant of Jason Wynn. He was responsible for the murder of Al Simmons in his mortal days. Chapel serves as a supporting antagonist in season 1, the secondary antagonist in the first half of season 2. Chapel is attacked by Spawn who then reveals his identity as Al Simmons to, his disbelief until it is proven true to him. After beating him, Spawn spares Chapel who is found by the cops. He serves as a minor character in season 3.

He was voiced by Ruben Santiago-Hudson. 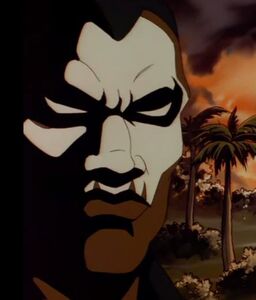 Chapel's appearance in the HBO series. 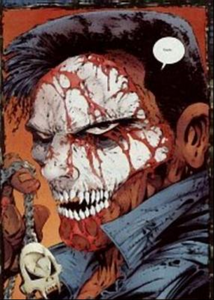 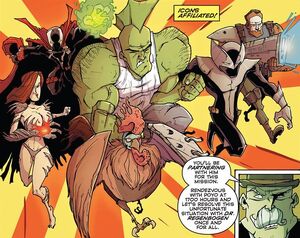 Chapel with the Youngblood. 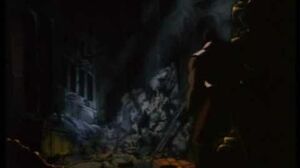