Destroy the Gundam and the White Base (failed).
Get revenge on the Zabi family for the death of his father, Zeon Zum Deikun.
Spy on the Federation government under a false alias.
Help the A.E.U.G. and Karaba (including his former enemies Amuro Ray, Bright Noa, and Hayato Kobayashi) defeat the Federation's Titans task force.
Prevent Haman Karn from using Mineva Zabi to resurrect the Zabi family (all succeeded).
Follow his father's dreams of waiting for all of humanity to evolve into Newtypes.
Drop asteroids on the Earth killing all of the planet's population and causing an eternal nuclear winter.
Force all of humanity to live in space so that they evolve into Newtypes (all failed).
Get revenge on Amuro Ray for the death of Lalah Sune (possibly succeeded).

Char Aznable, born Casval Rem Deikun and commonly known by the nickname "The Red Comet", is the most prominent villain from the Universal Century (UC) timeline of the Gundam anime franchise. He is best known for being the eternal arch-nemesis of the original Gundam pilot, Amuro Ray.

One of the Principality of Zeon's most top feared mobile suit ace pilots, Char is actually the son of Zeon Zum Deikun, the true founder of the Republic of Zeon, and is thus the true heir of Zeon. His nickname "The Red Comet" stems from the personal trademark colors of his customized red mobile suit, and his ruthless high-speed attack tactics, with him notably destroying five Federation Magellan-class battleships at the Battle of Loum.

Char's role throughout the Gundam universe varies from different series. In Mobile Suit Gundam, he is one of the main antagonists of the series, clashing repeatedly with Amuro Ray and the White Base crew time and time again, all while carrying his own hidden agenda of revenge on the Zabi Family.

In Mobile Suit Zeta Gundam, Char becomes somewhat of an anti-heroic figure, helping to co-found the AEUG (Anti-Earth Union Group) resistance movement and later becomes one of its leading members under the alias Quattro Bajeena, fighting alongside many of his former adversaries (including his archenemy Amuro Ray) against the Earth Federation's corrupt Titans task force and briefly the re-emerging Axis Zeon movement.

However, by the time of the movie Mobile Suit Gundam: Char's Counterattack, Char declares himself supreme leader of Neo-Zeon and becomes the main antagonist of the film, seeking to achieve his father's dreams of emigrating all of humanity into space by dropping asteroids onto Earth, and to settle his score with his nemesis, Amuro Ray, by fighting against him in a mobile suit duel for the last time.

Char is a mysterious figure whose charisma makes it easy for him to command respect and obedience from his subordinates. His charisma and skill at acting also helps him mask his underlying intentions and vengeful nature, as Char is someone who does not let go of grudges easily. He is shown to hold grudges for a very long time and is ruthless in his pursuit of them, having plotted revenge on the Zabi Family for years for supposedly killing his father. His skill at acting also makes it easy for him to get close to his targets, he was able to pretend to be Garma's friend for years in order to get close enough to him in order to betray and see to his death. In that respect, Char is less of a long-term manipulator and more of an opportunist who waits for the right moment to strike. In addition to his desire for revenge on the Zabi Family, Char also develops a rivalry with the pilot of the RX-78-2 Gundam Amuro Ray which eventually blossoms into a deep enmity between the two after the death of Lalah Sune.

By the time of the One Year War, Char seems to have developed difficulty in empathizing with others. Though he feigns care for his men early on, towards the end of the war Char is revealed to view them as little more than tools as he drops the facade and stops pretending to mourn their deaths, instead being more concerned with the resources lost when one of them is shot down. While Char does have people he genuinely cares for, such as his sister and Lalah Sune, his incapacity to empathize often leads to him manipulating and mistreating them, such as when he handed Lalah over to the Flanagan Institute for testing that drove her insane. Despite this, Char seems incapable of admitting any fault and when Lalah sacrifices herself to block Char from an attack from Amuro, Char casts the blame entirely on Amuro and refuses to admit that his conditioning of Lalah is what led to her doing that.

During the Gryps War, Char's personality seems to have softened following the end of the One Year War, as he takes a more benevolent role as one of the leading members of the Anti-Earth Union Group. He is shown to treat his men better and acts as a mentor figure to the pilot of the Gundam Mk II, Kamille Bidan. While he is now working alongside many of his former enemies in the One Year War, Char shows little difficulty in cooperating with them. While he and Amuro still both bear their grudges against each other from the One Yer War, they are able to suppress them in favor of fighting against the common enemy they have in the Titans. Also, despite his vendetta against the Zabi family in the One Year Char, Char is shown to have genuinely cared for Mineva Lao Zabi during the time he spent at Axis prior to joining the AEUG and was disgusted when he saw that Haman Karn was using her as a figurehead. In addition, Char seems to have become more of a believer in his father's ideals and is shown reiterate that humanity should move out into space several times, though whether this is because Char genuinely believes in it or is just using it for his own ends is not stated.

While his piloting skills are shown to have diminished from the One Year War, one skill Char retains from his service in the Zeon military is his charisma. When the AEUG crashed the Earth Federation Assembly in Dakar, Char was able to deliver a speech convincing the Assembly members of the AEUG's good intentions and of the Titans' tyranny, in part aided by the Titans crashing the meeting and trying to kill the nonviolent AEUG members. However, in spite of becoming more heroic and selfless, Char is still unable to fully empathize with others, which leads to him alienating several of his allies, such as Reccoa Londe. At the end of the series, out of possible remorse for his past actions, Char attempts a suicide attack on Haman Karn that fails and leaves both of them alive. During the First Neo Zeon War, Char went into hiding out in space and was not seen for the majority of the conflict.

By the time Char resurfaces in the Second Neo Zeon War, he is shown to have become noticeably more unhinged, displaying signs of mental illness and a glaring lack of regard for the lives and feelings of others. Char still retains his charisma and manipulative nature, able to rally Neo Zeon into believing that rendering the Earth inhospitable in necessary in order to fulfill the Zeon ideal, though he is shown to have become more deluded and nihilistic, with his focus being almost entirely on fighting and settling his score with his nemesis, Amuro Ray. Despite this, Char is shown to still value having a fair fight with his arch-enemy, leaking the psycoframe schematics to him for him to modify his Gundam with so they can fight on equal fighting. Ironically, Char also shares a number of similarities with Gihren Zabi at this point, being a dictator who preaches a master race philosophy revolving around Spacenoids and uses colony drops as a military tactic, despite Char's previous vendetta against the Zabi family for corrupting the Zeon rhetoric for their own ends. During his final battle against Amuro however, Char would imply that he does not actually care about fulfilling the Zeon ideology and instigated the entire conflict simply as an excuse to have a final confrontation with Amuro. Though the conflict cost the lives of millions, the loss of Kamille and everyone else he cared for seems to have deluded Char or made him apathetic to the fallout from his actions and instead solely focused on settling his rivalry with Amuro. 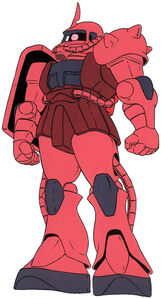 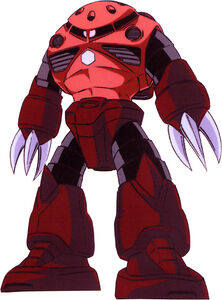 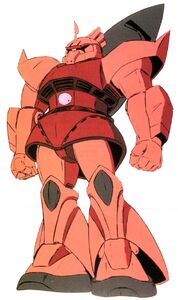 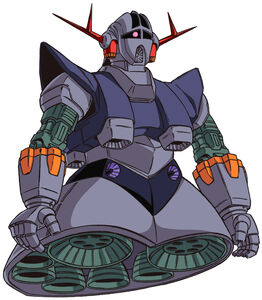 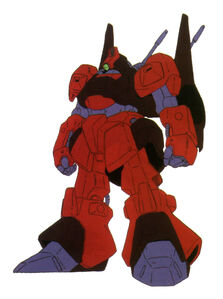 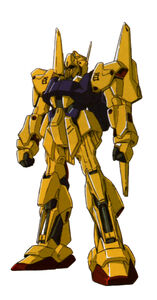 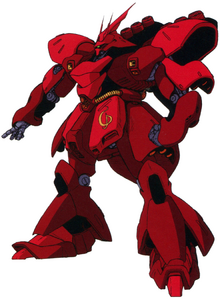