To change reality in his image and create "a world without lies".

Charles zi Britannia is the main antagonist of the anime series Code Geass. He is the 98th emperor of the Holy Britannian Empire, the father of Lelouch vi Britannia (and many others) and V.V.'s younger twin brother. He had a Geass power that allows him to suppress and alter the memories of those he achieved eye contact with, but lost this power in exchange for V.V.'s code which granted him immortality.

He was voiced by Norio Wakamoto in the Japanese version, and legendary voice actor Michael McConnohie in the English version, the latter of whom also voiced Van Grants, Maxwell, Charles Goodwin and Rayregalia Vers Rayvers.

Charles installed most or all of his children into important positions throughout the empire to see what their true abilities were. Charles saw his children as extensions of the collective unconsciousness rather than human beings, and showed little concern for their well-being. He plotted to destroy the collective unconscious, thus uniting humanity as a single mind. In spite of this, Charles did show some care for a select few of his children, particularly Lelouch and Nunnally.

Charles actually planned to make every living being as one mind that was incapable of deceit. Above all else, he hated deceit, seeing it as the root of all evil, which was apparently brought about by trauma during his childhood wherein members of the imperial family lied and murdered for the right to succeed the throne.

Charles appears only occasionally in the first season. In a flashback, a ten-year-old Lelouch questioned why he did not try to protect Marianne. Irritated by this, Charles disowned Lelouch there and then, sending Lelouch and Nunnally to Japan as political hostages. Most of his appearances in the first series are brief, though show that he apparently knew of Lelouch's action, particularly his use of Geass. In The Stolen Mask, he claimed to be speaking with Clovis even after his death at the Sword of Akasha. Charles trusted V.V. though the specific nature of their Code was to destroy the gods. In actuality, Charles is V.V.'s twin brother, whose process of aging was halted at an early age because he became immortal. Lelouch trapped the Emperor inside the Sword of Akasha until Charles announced that all Zero had done was made it so that whoever won the ensuing war would control the entire world; at that time, the world was literally divided between Britannia and the UFN. During the Second Battle of Tokyo, Charles arrived in Area 11 himself, much to the shock of Lelouch, and entered the Sword of Akasha through the Thought Elevator at Kamine Island. Once inside, Charles was confronted by Lelouch once again and soon after, Marianne, C.C. and Suzaku all arrived. During the time, Charles finally told Lelouch the truth of the events regarding his mother's death and all that had occurred, including his real reason for sending him and Nunnally to Japan as hostages. He and Marianne then explained their one true goal and began to initiate the Ragnarok Connection.

However, despite finally being told everything, Lelouch rejected his parents and all they believe. Lelouch saw Charles' ultimate goal as nothing more than creating stagnation that would doom mankind, rather than save it, and turned the gods against Charles, destroying him and Marianne. Just before his death, Charles warned Lelouch that Schneizel's world would be the one that awaits him on the outside. 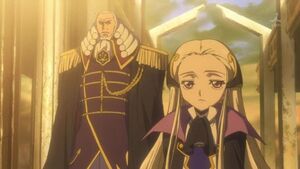 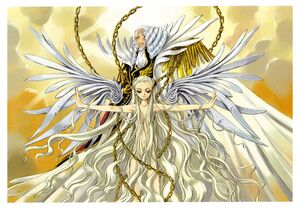 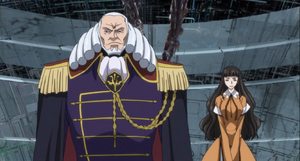 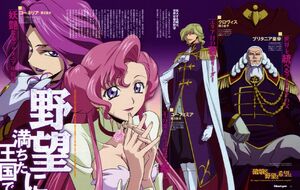 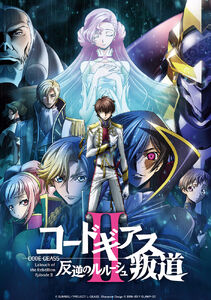 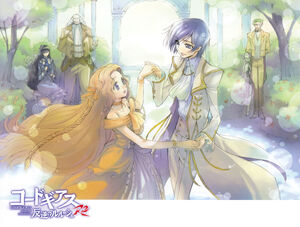