Terrorizing those who summon him.

Charlie is a paranormal urban legend that rose to popularity on the Internet in 2015. Charlie is either, depending on who you ask, either the apparition of a Mexican demon, masquerading as a young boy, or either a vengeful ghost of a young boy who was tragically lost and has returned to haunt and terrorize the world of the living for causing his death.

The legend of Charlie is taken from the Spanish game known as "Juego de la Lapicera", or "the game of pens". The game has been played for generations among Spanish-speaking nations.

The Charlie Charlie Challenge originated when some thought that the supernatural powers of Juego de la Lapicera could be used to reach the other side, similarly to a Ouija board. When contact was made, it was revealed that the spirit of Charlie had been summoned. Charlie could allegedly transport to anyone playing the game and terrorize them, performing acts ranging from simply moving the pens used in the game to causing powerful paranormal disturbances and possessions.

The origins of the character of Charlie are unknown, though most variations of the legend state that Charlie's death was either a direct or indirect result of human error or provocation. Some versions state that he committed suicide after being bullied in school, while others state that he was killed in a car crash caused by a distracted driver. Any version of the story states that Charlie is vengeful to humans and blames them for his demise, and will seek vengeance on the guilty and innocent alike.

Some versions of the story state that he is a Spanish deity or demon that works in conjunction with Satan himself, though there is no evidence to support that a demon called Charlie has ever existed in Spanish-speaking cultures and thus is not widely accepted.

To summon Charlie, the player must place two pencils or pens in a "plus" shape on a piece of paper. The player must write "Yes" and "No" in the corners of the paper, each answer diagonal from its copy. Asking "Charlie Charlie, are you there?" will presumably summon Charlie to the player. The player can ask yes/no question that he might answer by turning the top pen or pencil to point at his response, or he may wreck havoc and cause paranormal disturbances. The game is reportedly dangerous and potentially even deadly. 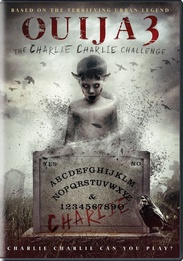 Charlie as he appears on the box art for the horror mockbuster Ouija 3: The Charlie Charlie Challenge. 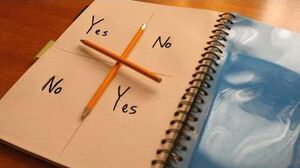 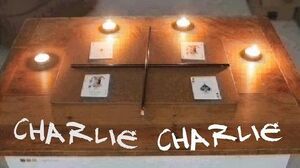 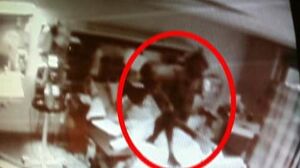