Haunting the school he died in.

Kill the group of students attempting to sabotage the school play, The Gallows (succeeded).

Charlie Grimille, also known as The Hangman, is the main antagonist of the horror films The Gallows and The Gallows: Act II. He was a senior high school student who died during a play presentation accident and is now a malevolent spirit that prominently haunts Beatrice High School at night, but also is shown to appear at other schools.

He was portrayed by Jesse Cross in the original film and by director Travis Cluff in the sequel.

Charlie Grimille was born in 1975 in the town of Beatrice, Nebraska, where he grew up. At some point during his childhood, he became friends with Rick Houser and began dating Alexis Joyce. The three of them attended Beatrice High School. Sometime during their adolescence, Alexis and Charlie conceived a daughter named Pfeifer. However, on October 28th, 1993, Charlie was hung during a prop malfunction during Beatrice High's presentation of a stage play called The Gallows.

His death was ruled an accident, but students believed in a more supernatural explanation. In years following Charlie's death, unexplained phenomenon began occurring inside the theatre where Charlie died. Students claimed to have seen a hangman lurking in the shadows. Charlie eventually became an urban legend, not only inside the school, but throughout the town of Beatrice as well.

About twenty years later, on October 28, 2013, students at the same school resurrect the failed play as a misguided attempt to honor the accident.

A student named Reese Houser is excited, as this gives him a chance to grow closer to his crush Pfeifer Ross. But his friend Ryan Shoos is dismissive of the play, and comes up with the idea to vandalize the set. Reese is reluctant to take part, but agrees when Ryan promises that he will be able to console Pfeifer afterwards, giving them a chance to kiss. Later that night Reese, Ryan, and Ryan's girlfriend Cassidy Spilker sneak into the school, only to run in to Pfeifer, who saw Reese's car. Knowing they cannot vandalize the sets with Pfeifer there, the group tries to leave but finds that they have been locked inside and there is no cell phone reception. Disturbed, Cassidy admits the trio's real reason for being in the school, which angers Pfeifer.

As the group tries to look for a way out of the school, they find news coverage of Charlie's death that includes an interview with his girlfriend Alexis. They also discover that Charlie was not supposed to have performed that day and was only on stage because he was the understudy for the main actor, Reese's father Rick. The group becomes separated when Reese runs off with the camera, with Ryan being left alone. As he searches for Reece, he sees various things, such as a half finished plate of food, a cup of coffee, a hidden room with a mattress and bed frame, and what looks like a body hanging from above. When the group is reunited, they hear footsteps above them that stop above Cassidy. She is then yanked into the air by seemingly nothing, leaving her with burns on her neck that look like rope burns. They all come back to the stage, where Pfeifer points out an air conditioning duct that they could escape through. Angry and frightened, Ryan accidentally-on-purpose makes himself a target as he calls for Charlie, telling him to show himself, but when when Ryan tries climbing a latter to the vent, Charlie's unseen spirit finally chooses to respond to Ryan, and violently throws him off, causing Ryan's leg is to be badly broken. Reece, Pfeifer, and Cassidy leave Ryan to try getting help, but the door slams shut, and they are locked out of the stage, tragically Charlie did this is that he punish Ryan for his lack of respect to both Charlie's death, and the play.

When the other three finally get into the room, Ryan is nowhere to be found. The film then shows footage from Ryan's phone, as he sees the door slam, and while looking around he sees the shiloutte of a hangman executioner (Charlie's ghost) this causes Ryan to understandably freak out and scream for help, but before too long poor Ryan is violently thrown high into the air, as if being hung. Ryan is dead.

As night progresses, Cassidy is also left alone, weeping from the fear of it all, and completely unaware Charlie has followed her as he slowly wraps his noose around her neck, before violently draging her into an room, dying.

The corpses of Ryan and Cassidy are later found by Reese and Pfeifer, both hung by Charlie's noose.

Reese and Pfeifer unsuccessfully try to escape the murderous spirit and end up on the stage. Realizing that the spirit is Charlie and that he wants them to act out the final scene, Reese and Pfeifer try and manage to successfully complete this task. However, when Reese puts the noose around his neck for the final portion, Pfeifer still keeps going with the act, Reese is angry about this as it was not part of the plan, but he is soon hanged and killed by Charlie. Once he is dead, Pfeifer and Charlie both bow, as Alexis, who was watching the performance, gives a standing ovation.

Days later the police enter a house where Pfeifer and Alexis are residing and watching footage of Charlie's death, revealing that Pfeifer is the daughter of Charlie and Alexis. When one of the officers attempts to question Pfeifer and Alexis about Charlie, Pfeifer warns him saying "You shouldn't say that name."

The officer then calls for his partner, but the partner is murdered by Charlie's noose. And upon turning around, Charlie appears and kills the second officer, as the screen cuts to black.

Years later, Charlie begins to haunt aspiring actress Auna Rue on another high school campus. It is presumed that Charlie is now connected to a cult of some sort. 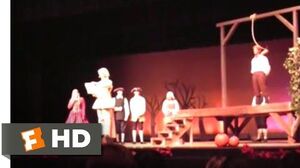 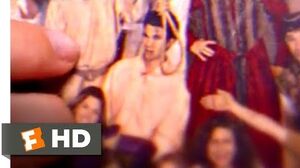 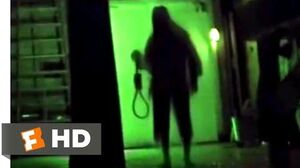 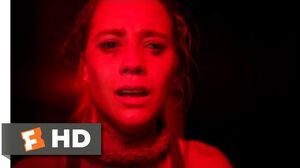 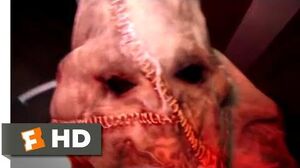 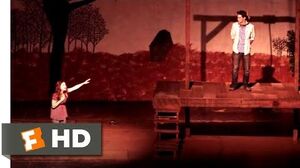 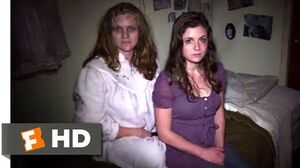