Candidate to become an agent of Kingsman

Henchman of Richmond Valentine (both formerly)
Agent of the Golden Circle

Become an agent of Kingsman.

Get revenge on Kingsman for rejecting him by killing his rival "Eggsy".
Aid Valentine in his goals.
Aid the Golden Circle in destroying the Kingsman and the Statesman.
Assist Poppy Adams's master plan in the drug dealership and kill anyone who gets in the way (all failed).

He was one of the many candidates dismissed from Kingsman before becoming the highest-ranking member in the Golden Circle criminal organization years later, following the orders of Richmond Valentine and Poppy Adams. Hesketh is the archenemy of Gary "Eggsy" Unwin.

He was portrayed by Edward Holcroft.

Following Agent Lancelot's death at the hands of Richmond Valentine and his henchwoman Gazelle, the secret intelligence agency Kingsman opened a vacancy for a new agent to replace him. Kingsman leader Chester King recruited Charlie as a candidate with high hopes that he would succeed. During his training at Kingsman, Charlie formed a rivalry with Gary "Eggsy" Unwin and Roxy Morton.

He, Gary, and Roxy became the last three candidates in the training program, but Charlie ultimately failed (what was unbeknownst to him) a test where he was tied to the rails of an oncoming train and fearfully revealed Kingsman's information to a lunatic in exchange for his life. He realized that it was a simulation and King condemned Charlie's cowardice by calling him a "bloody disgrace". Gary and Roxy continued their training while Charlie was sent home.

Out of complete bitterness, Charlie turned over to Valentine in his plot to use SIM cards in order to wipe most of the human race and build a new world order for the survivors. During Eggsy's mission to defeat Valentine at his mountain bunker and save the world from chaos, Charlie reappeared as one of the party guests, explaining that his family was invited. Wielding a knife, Charlie apprehended Eggsy and blew his cover to Valentine as payback against Kingsman. In response, Eggsy tasered Charlie with his ring and punched him in the face, knocking Charlie unconscious and damaging his neck implant. This resulted in him surviving when all of the implants were triggered to explode, blowing off his arm and his vocal cords instead of his head like everyone else in the bunker.

Charlie returned in the sequel (which takes place a year after the original film), where he is hired by the notorious criminal mastermind Poppy Adams as her right-hand, as she is formulating a plot for her organization (known as the Golden Circle) to take control of the world with the usage of recreating drugs. It is also revealed that he lost his right arm after Eggsy electrocuted him damaging the microchip installed on his head making it blow his arm and vocal cords instead of his head when Merlin and Eggsy activated them, Poppy implanted him a cybernetic-enhanced right arm that can retract as his will.

As such, Charlie is involved of Poppy's true plan to lace every drug with a toxin that can cause users to develop mania before dying in order to put an end to the War of Drugs and receive full immunity. As part of the plan, Charlie was sent over by Poppy to hack into the Kingsmen' mainframe, which he managed to succeed with his cybernetic arm during a car chase in London. This allows Poppy to have her forces to send out missiles to destroy all Kingsman residences and locations, killing most of the agents, including Roxy.

As Eggsy, Harry, and Merlin head over to Cambodia (where Poppy's hideout is located) to activate several antidote drones to foil Poppy's plan, Charlie intercepts them by engaging into a fight against Eggsy, determined to finish him off in revenge. However, Eggsy manages to take Charlie's prosthetic arm off, and he offers Charlie to make the fight fair by fighting with one hand behind his back. Eggsy finally defeats and finishes off Charlie by breaking his neck, killing him for good and avenging all of the fallen Kingsmen, Roxy, J.B, Brandon and Merlin. Poppy would later join Charlie in death after being injected with a lethal dose of her toxin by Eggsy and Harry.

Charlie is a traitorous, arrogant and spoiled young man who takes pleasure in belittling Eggsy and Roxy. Despite showing remarkable physical skills during his training at Kingsman, Charlie was later revealed to be a coward under pressure and held a grudge against Eggsy and the agency after his failure to replace Lancelot (even though it was Charlie's own fault).

During his membership in the Golden Circle, Charlie is shown to be much less cowardly, much more reserved, overconfident, nihilistic, ruthless, and is loyal to Poppy to a fault, following her orders without question and committed to her plans. His one shred of humanity was giving his girlfriend Clara the antidote after learning she caught the virus. However, he ultimately killed her after he learns that she was involved with Eggsy, though he also did it to tie up loose ends.

Charlie is an extremely spiteful, psychopathic and vengeful individual who was willing to single-handedly take down Kingsman for kicking him out because of his cowardice. He hacked and sent missiles to destroy all the agents as well as Eggsy's friend Roxy, Brandon and his dog JB purely out of spite. It is worth noting that Charlie never showed any real loyalty to any organisation, betraying Kingsman, not showing any care for Valentine's corporation after their heads were blown off and Valentine and Gazelle died, and killing Golden Circle operatives like his girlfriend Clara, without Poppy's knowledge, showing he only joined these organisations out of his elitism and spite.

Overall, Charlie is a purely evil and heartless elitist that didn't care for anyone but himself and would betray and kill anyone he felt like killing without a second thought. 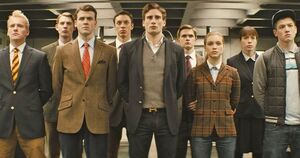 Charlie being recruited by the Kingsmen. 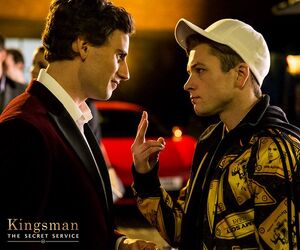 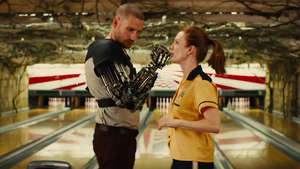 Charlie together with Poppy in the Golden Circle. 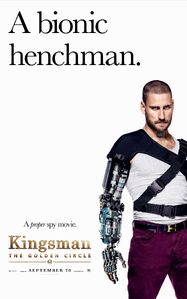 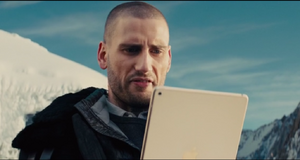 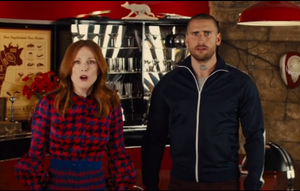 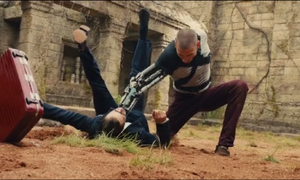 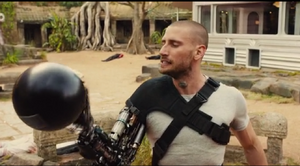 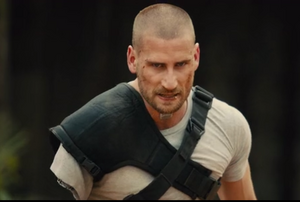 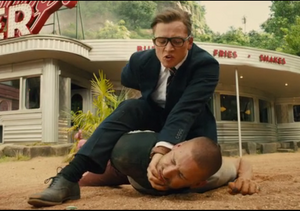 Charlie's last moments before having his neck violently snapped by Eggsy.