Pretending to be a sheriff to torment others.

Have his son to kill Chrissie and her friends (mostly succeeded).

He is portrayed by the late R. Lee Ermey, who has also portrayed Gunnery Sergeant Hartman in Full Metal Jacket, Sheriff Warren Pike in Life, Stone in On Deadly Ground, John House in House M.D. and Mr. Frank Martin in Willard.

Charlie Hewitt Jr. was born into the Hewitt family and grew up under his mother Luda Mae Hewitt and his uncle Monty Hewitt. Monty would later join the Army, and during the years serving the army he would be a Vietnam War veteran, where he was a prisoner that was forced to devour people. He would return to his home and discover the existence of Leatherface. Charlie became his adoptive brother's mentor and became the head of the Hewitts after Leatherface kills his former abusive boss.

He was called by Sheriff Hoyt to stop him, only for Charlie to murder him to protect Leatherface, later taking the sheriff's identity. He would later convince his family to become cannibals and later attack a group of young adults and biker duo with Leatherface as his top enforcer. Together they had commit murders for years with him being the sheriff. He would later be killed when Erin repeatedly runs him over in her car. 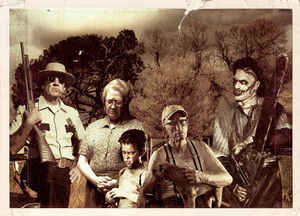 Charlie with his family. (Far Left) 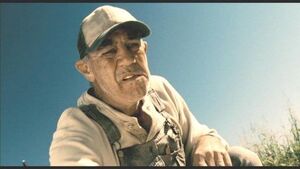 Charlie Hewitt before taking up the mantle as Sheriff Hoyt. 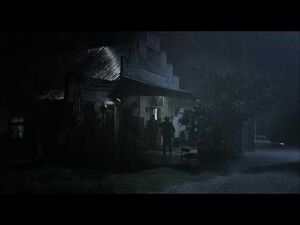