Charles "Charlie" Matheson Jr. is a major antagonist in Slender: The Arrival, and the main antagonist of Chapter 7, "Homestead". Little info is given about him, but it is known that he was abducted by the Slender Man and was turned into a Proxy.

In the Prologue, Lauren finds a burnt house near the entrance of Oakside Park. Inside, she discovers Charlie standing in a corner, decayed and starved of all recognizable features. Any attempts to get closer results in the camera flickering and Charlie disappearing.

In Chapter 8, "The Arrival", when Lauren is trapped in the Radio Tower and listens to CR burning to death, the fire near the door where she entered is blown out and the door can be heard opening while footsteps are heard. The camera's battery is almost dead, and begins to flash of incoherent shapes and loud noises as the decaying form of Charlie rushes towards Lauren and knocks her unconscious.

Waking up in the basement, Lauren sees Charlie guarding the stairs and attempting to walk towards the stairs whilst he is guarding it will cause him to lash out at her rather violently. After exploring the basement, Charlie suddenly vanishes.

In the hidden level "Memories", Charlie is shown playing at the beach with his family having a picnic, when Charlie sees a trail of toys leading him to woods. As he grabs the last toy, the Slender Man begins stalking him. Charlie begins to run at end of the woods only to head into a dead end. Charlie's parents scream his name as Slender Man's tentacles grab him and the screen goes black.

In the extra level "Homestead", Charlie appears as the main antagonist of the chapter, set after "Memories" and before The Eight Pages. CR had a growing curiosity to the mystery surrounding Charlie's disappearance and he went to investigate the Matheson Farmstead. While there he found various hints that the Mathesons have been watched by Slender Man for generations. Despite his findings he was chased by the now proxified Charlie off the property. 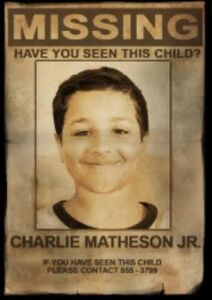 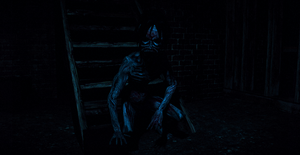 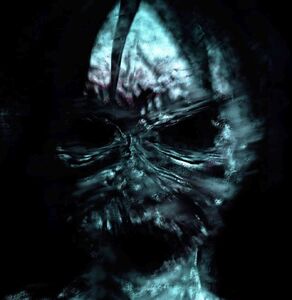 A closeup of Charlie's face.