Be with India (briefly succeeded).

Charlie Stoker is the main antagonist of Park Chan-wook's 2013 thriller film Stoker. He is a mysterious man who was the long-lost uncle of India Stoker. Charlie had a dark secret as well as an affair with his widowed sister-in-law, Evelyn Stoker.

He was portrayed by Matthew Goode, who also portrayed Ozymandias in Watchmen and Albright in Self/less.

After the untimely death of his brother, Richard, Charlie attended his brother's funeral after a long absence and became acquainted with some of the guests. Afterwards, Charlie offered to stay with Evelyn and India for some time until it was time for him to leave the household after consoling them from the loss of his brother. Though Evelyn was delighted by his offer and India in utter dismay, both women eventually begun to fall in love with him.

On the night he was going to leave, Charlie decided to stay then, while dancing flirtatiously with Evelyn to "Summer Wine", they become intimate and share a kiss. Only when Charlie looks up from the kiss does he notice that India's caught him kissing her mother, that some point he catches up to her in the woods. When India's close to being raped by classmate Whip, Charlie comes to her aid and attacks him, then encourages India to beat him as well. Afterwhich, they bury his body in the garden and head home.

The next morning, as India searches though some of the letters Charlie written her, it's revealed that his brother Richard sent him away to the mental institution after he discovered that Charlie buried their younger brother Johnathan alive which sent him to the Mental Hospital in the first place. Upon Charlie's release, Richard told him he was not welcome around Richard's family (An effort to protect India), which causes Charlie to become upset and kill his brother. Charlie takes Richard's sunglasses, and everyone believes it was a car accident that killed Richard.

Later, Charlie confesses his crime to India, then helps India give an alibi to the police when they ask about Whip's death. After the police leave, India expresses worry as to what are they going to do and Charlie explains that the two of them are best left escaping to his apartment loft in New York city. At this time they become intimate. Close to kissing, they are discovered by Evelyn who leaves in a jealous rage and Charlie tells India they will both leave tomorrow night.

Over the next day, Charlie and India become more intimate as they play piano together and Evelyn coldly expresses her wish to watch India suffer and reveals that she knows he killed her husband Richard, Charlie seduces her and then attempts to strangle her to death. As he calls India for assistance in his attempted murder, India kills Charlie by gunfire in front of Evelyn for revenge for her father's death.

Charlie at the funeral. 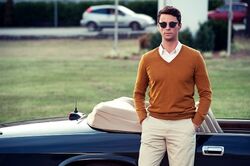 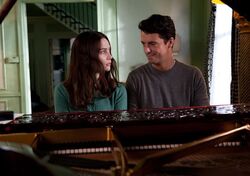 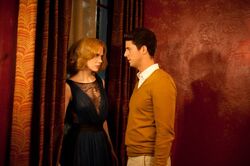 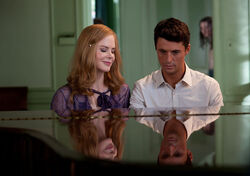 Charlie stops Whip from raping India by strangling him. 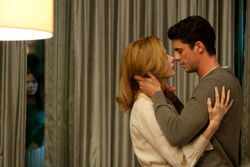 Charlie's corpse after his death.
Add a photo to this gallery

Retrieved from "https://villains.fandom.com/wiki/Charlie_Stoker?oldid=4078700"
Community content is available under CC-BY-SA unless otherwise noted.