the player skips the letters and confronts Charlotte for the final time Koudelka will empathize with her, as Koudleka was also an orphan and considered evil by the clergy for being a witch. But Koudelka's sympathy only furthers Charlotte's anger and she transforms into a terrible specter by giving into her built up malice then attacks forcing the party to vanquish her. If on the other-hand the player has Koudleka gather all the letters before she meets Charlotte for the last time it will show Charlotte that her mother not only did not want to give her up but loved her very much and thought about her until her dying days. Charlotte starts crying and says that the sudden concept of being loved seems scary and is too much. The knowledge of her mother's love will undo Charlotte's unfinished business send her to the other-side for good. 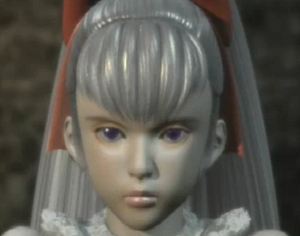 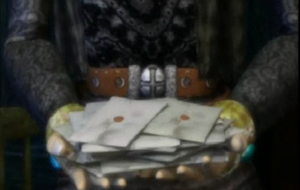