Get rid of the Liars.

Teach Alison how to be a mean girl.
Try to get back with her family.
Leave Welby State Psychiatric Hospital with the help of her lover Archer Dunhill.

Charlotte Drake is the main antagonist of the television series "Pretty Little Liars".

She is revealed to be "A" and Red Coat, as well as the person who attempted to murder Alison. It is transpired that she stole the "A" game away from Mona Vanderwaal. It is also revealed that she was born as Charles Drake before transitioning into Charlotte. She began masquerading as CeCe Drake in order to conceal her true identity from her family.

She is portrayed by Vanessa Ray.

Charlotte Drake is the adoptive daughter of Kenneth and Jessica DiLaurentis, and the adoptive sister/cousin of Jason and Alison DiLaurentis. Born to Mary Drake as Charles Drake, Charlotte was sent to Radley Sanitarium at a young age by her adoptive father, due to an incident occurring with Alison, though Charlotte believes it was because of her liking of dresses. Charlotte befriended Bethany Young and one night they were on the roof of Radley, with Charlotte, still publicly being Charles at this point, donning a dress Jessica had bought for her.

Marion Cavanaugh enters the roof and Charlotte begs Bethany to do something so she won't see Charlotte in a dress. Bethany, however, takes it too far and pushes Marion off of the roof, placing the blame on Charlotte. Charlotte was placed under various meds until "almost drowned in [her] own drool". The doctors took sympathy on her in her teens and let her out for a funeral: Charles'. Jessica and Charlotte "buried" him at Aunt Carol's and Charlotte transitioned into herself. However, Jessica did not bring her home as Charlotte was hoping. She instead placed her back in Radley, just under a new name.

Becoming smarter and smarter in Radley, Jessica eventually petitioned the board to let Charlotte out to attend classes at U-Penn. Charlotte was excited, but found it more boring than she thought, as she already knew most of what they were teaching. So she called in a bomb threat in order to get classes cancelled and snuck out, where she befriended her brother, who was unknowing of her real identity, under the name CeCe Drake and the two entered a relationship. Charlotte was invited by Jason to come with their family to Cape May for the summer, which is when Jessica discovered "CeCe's" real identity. Jessica was furious about this but eventually let Charlotte come along after Kenneth invited her himself.

That summer Charlotte and Alison became close and she planned on telling her the truth, until one night, Bethany discovered Jessica was having an affair with her father and snuck out of Radley to go harm her, wearing Charlotte's clothing which is identical to what Alison was wearing. Charlotte came upon a blonde in a yellow top and bludgeoned her over the head with a rock, unaware that it was actually Alison. Jessica was furious with Charlotte, but covered it up for her by burying Alison, whom they were unaware was still alive. Charlotte was taken back to Radley and her out privileges were taken away.

Eventually Mona Vanderwaal was admitted, after being outed as "A". Charlotte began visiting her, loving the stories about what Mona did to Ali's friends. Charlotte then offered Mona a deal: she would play the game with her, if Mona helped her escape. Charlotte began donning the disguise of "Red Coat" and playing the "A" game, along with Mona's help. Charlotte soon stole the game from Mona and became the leader of the "A-Team".

Charlotte had begun seeing a blonde in a red coat and questioned if it could be Alison, thinking she was alive. On the night when the Thornhill Lodge was set on fire, Charlotte planned to lure Alison out by trapping the girls; however, she sent a decoy "Red Coat" to distract the Liars. The decoy traveled through the woods and met with Charlotte, now disguised in black hoodie, and reveals herself as Sara Harvey.

Shana Fring sets fire to the Lodge, therefore ruining Charlotte's plans, but Charlotte received her confirmation that Alison was indeed alive. Later that night, Charlotte murdered Darren Wilden who knew Alison was alive and was threatening to stop her from coming back to Rosewood. She sent Sara to his funeral to make sure he was really dead.

After the Liars hid the fact that Aria Montgomery (one of the Liars) killed Shana in New York (whom they thought was "A"), Charlotte planned to stop the game by making them think Shana was, indeed, "A", yet Charlotte couldn't stop because she found the game "addictive". Eventually, Charlotte's game came to an end, when she revealed her true identity to the Liars and declared the game over. She was taken to Welby State Psychiatric Hospital, while her ally Sara escaped charges by claiming to have had Stockholm Syndrome.

At the sanitarium, Charlotte befriends her doctor, Elliott Rollins, and falls in love with him, beginning a secretive romantic relationship. He reveals that his real name is Archer Dunhill and promises Charlotte that he'll get her out by lying that she is getting better and using Alison as a way to get her released. Charlotte hires her former enemy Jenna Marshall to find her biological mother after knowing that she was adopted. She becomes friends with Jenna during that time.

On September 12, 2017, Charlotte is released from Welby State, but is murdered later that night by Mona Vanderwaal after she discovered that Charlotte had faked getting better and was planning to restart the game even worse than before. This causes the birth of Uber A, the successor to Charlotte who believes one of the Liars killed her and is stalking them to get the truth out, wanting to avenge Charlotte's death. Uber A is later revealed to be Charlotte's sister Alex Drake. 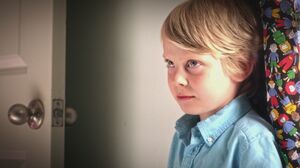 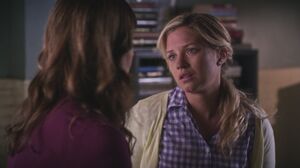 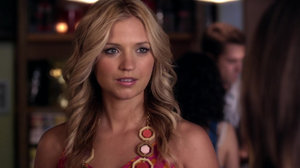 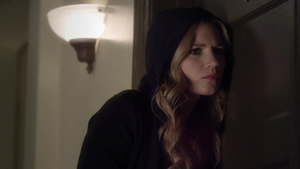 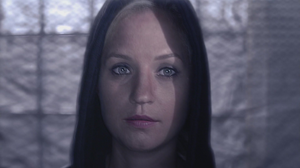 Charlotte revealed as "A" 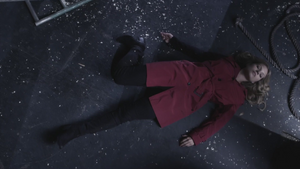 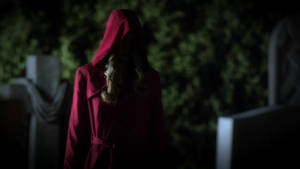 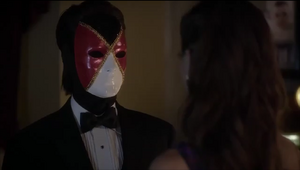 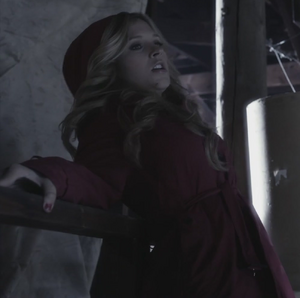