To be the most dominant Superstar in WWE

Arrogant Cheater
Ashley Elizabeth Fliehr (Charlotte Flair) is a villainous WWE Superstar and the daughter of two-time WWE Hall of Famer Ric Flair. She is a four time Raw Women's Champion as well as 5 time smackdown womens champion. She is a former WWE Divas Champion and the current NXT Women's Champion in her second reign. In May 21 at Backlash, Charlotte did change her personality and character after Carmella mirrored her former self.

Charlotte made her debut on NXT last summer as a babyface; defeating Bayley in her debut match. She would later team with Bayley in a tag team match against main roster Divas Alicia Fox and Aksana, and defended Bayley from being bullied by the Beautiful Fierce Females (Summer Rae and Sasha Banks). Despite this, however, Charlotte seemed to be annoyed with Bayley's upbeat attitude and began displaying a heel persona. A week later, Charlotte teamed with Bayley in a tag team match against the BFFs. During the match, the evil Charlotte attacked Bayley, allowing Sasha to pin her for the victory and officially cementing Charlotte as a villainess. After the match ended, Charlotte became the third member of the BFFs. With Summer now on the main roster, Charlotte became the lead villainess on NXT, with Sasha serving as a sidekick of sorts.

On NXT Arrival, Charlotte confronted both Paige and Emma after their NXT Women's Championship match and told each one that she would be the next champion. Charlotte has also antagonized former Divas Champion Natalya on a number of occasions; even going as far as insulting the Hart family. Charlotte won an eight-Diva tournament to become the second-ever NXT Women's Champion; defeating Natalya in the finals. In later months, Charlotte would continue to bully Bayley, who was pursing her title. The two Divas finally faced each other at NXT Takeover: Fatal 4 Way, with Charlotte defeating Bayley to retain. After the match, Charlotte began showing respect towards Bayley and would continue to do so in the following weeks, ending her run as a villainess.

Charlotte's babyface run would see her called up to the main roster in the summer of 2015, where she captured the Divas Championship against Nikki Bella at Night of Champions. She engaged in a feud with Paige after her villainous turn a night later on Raw, which led to Charlotte successfully defending her title against Paige at Survivor Series. After months as a babyface, Charlotte began turning into a villainess when she cheated to defeat her PCB partner Becky Lynch; faking an injury and a distraction by Ric Flair. Three nights later on SmackDown, Charlotte attacked Brie Bella while Becky had Brie in the Dis-Arm-Her, doing so after Brie accidentally struck her. The involvement caused Becky to lose via disqualification. Charlotte defeated Paige to retain Divas Championship at TLC, doing so by sending Paige head-first into an exposed turnbuckle that was originally undone by Ric Flair. She has continued to cheat her way to wins for herself and for Becky (despite Becky's protests) after TLC, and after she tripped up Brie Bella en route to Becky defeating her, Charlotte was confronted by Becky in a backstage segment.

On the January 4, 2016 episode of Raw, the evil Charlotte attacked Becky from behind after she lost to her in a non-title match despite her father's interference, cementing her as a villainess once again.

Reanimating her rivalry with Sasha Banks and Becky Lynch, both women went on to compete in two matches to determine the number one contender for Charlotte's WWE Divas Championship at WrestleMania 32,with the first bout ending as a no contest, after a double pin occurred, and the second as well, after both Banks and Lynch were attacked by Charlotte. As a result, a triple threat match between Banks, Lynch and Charlotte for the Divas Championship was announced for WrestleMania.

At he event, after it was announced during transmission that the Divas Championship would be withdrawn and it would be replaced with the new Women's Championship. Charlotte become the inaugural champion by submitting Lynch.

In her villainous role, Charlotte is arrogant and immensely ruthless. She enjoys bullying Divas such as Emma, Bayley, Becky, Brie and Sasha, and she has a huge sense of entitlement; believing that being Flair's daughter means she should be at the top of the Divas Division. 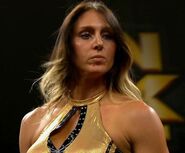 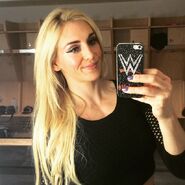 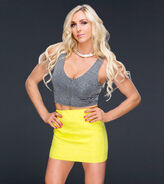 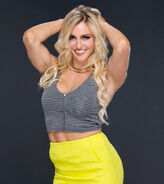 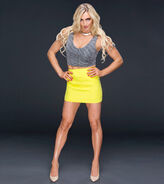 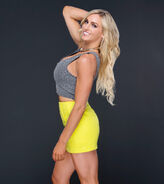 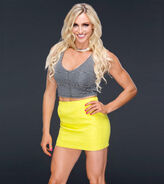 The evil Charlotte attacking Becky Lynch from behind to turn heel
Community content is available under CC-BY-SA unless otherwise noted.
Advertisement