He later breaks free of his brainwashing with help from Kiriko and Mad Doctor Shift Car. Once he's free he protects humanity from the Roidmudes once more, now calling himself Kamen Rider Chaser.

Prior to the series, Chase was a unique Roidmude created by Krim Steinbelt that, unlike Roidmudes 001-108, did not have any negative emotions implanted onto him by Tenjuro Banno. His designation was labeled as Proto-Zero (プロトゼロ|Puroto Zero) and he was the assistant of Krim Steinbelt. At an unknown point in time, he copied the appearance of police officer Koichi Kano.

Protodrive, along with the other completed Shift Cars mobilized to fight the Roidmudes during the Global Freeze. Despite being an unfinished prototype, Protodrive succeeded in destroying numerous Roidmude bodies, causing even Roidmude 002 to fall into despair. Chase's edge against the other Roidmude came to a close when Roidmude 009 evolved and gained the ability to restore Roidmude bodies, allowing Roidmude 002 to evolve into the Heart Roidmude. In his rematch against Roidmude 002, Chase was soundly defeated and stripped away from the Drive Driver. He was operated on by Roidmudes 002, 001, and 003, who wiped his memories and brainwashed him in the process.

Chase later appears before Heart and Brain after the destruction of the Iron Roidmude at the hands of Shinnosuke Tomari, the new Kamen Rider Drive. He is sent to find the one who destroyed the Roidmude and eliminate him.

After he and his comrades incapacitate and gained the rogue Roidmude 051's Core, Chase faces Drive for the first time, demonstrating his abilities with Mr. Belt comparing it to that of Protodrive. Soon, he would face the Kamen Rider again during the incidents of the Paint Roidmude, Crush Roidmude, and Scooper Roidmude. Chase began to question himself ever since he saw Kiriko for the first time when she shielded an untransformed Shinnosuke from being killed, causing him to be fixated on her. Nonetheless, whenever he faced Drive, he was always defeated after Drive's arsenal grew over time.

During the Dark Eve event, Chase failed to fulfill Brain's orders to defeat Drive and was poisoned by him. This revealed his Roidmude form, bearing the number 000. Chase notes that he has never seen it before and questions Heart about this, only for Heart to answer that Chase was a great warrior, and that zero is a privileged number. Despite Chase's mental breakdown, the Roidmude's main goal was accomplished: to revive Medic. Mr. Belt, saw Chase's Roidmude form through the Shift Cars.

Chase began to receive memories of and the voice of Krim Steinbelt. As the Ride Marcher and Ride Chaser combined into the Ride Crosser for the first time, Chase wondered why, until Brain came forward and explained that he was the warrior who fought the Roidmudes during the Global Freeze, Protodrive. With Chase's mind in ruins, Brain was going to dispose of him, however, Medic decided to brainwash him instead, altered his main programming code to defend Roidmudes rather than humans and making him robotic and emotionless. In this state, Chase became a ruthless killer, even to humans (a moral line that he would previously not cross).

Because Chase could no longer eliminate Roidmudes, his role as the 'Grim Reaper' was handed to the Reaper Legion.

Chase later decides to settle his rivalry with Drive. He draws out Shinnosuke by attacking the city, prompting Shinnosuke to fight Chase once more. However, thanks to the completed Trailer-Hou and Type Formula, Mashin Chaser is finally and truly defeated, made apparent by his core's destruction. Yet later, Chase was found alive by Kiriko underneath a bridge on the way home.

At an abandoned building, Kiriko uses Shift Car Mad Doctor inside the Break Gunner to heal his wounds. Later on, Chase leaves his bed and takes a stroll outside with a flower from Kiriko in hand. While wandering around, Kiriko asks for his help in obtaining a sample of an Advanced Roidmude. Chase forced himself to fulfill her wish and leaves her a piece of Mashin Chaser's Violet Guard.

Despite regaining his memories, Chase was torn between the Roidmude and the Kamen Rider sides of his nature. Heart later appeared and Shinnosuke attacked him using the with Drive Type Dead Heat for interfering with their talk. Just when Shinnosuke was about to win, Chaser transformed and attacked Shinnosuke, injuring him critically on his right hand. However, Chase starts to shake for his regret of harming a human, the only thing he wanted to avoid due to his programming. He became frustrated because he couldn't decide what is the best for him since not only does he not want to injure humans, he also can't take seeing Heart being killed. Heart noticed the confusion that Chase was showing, and deems him useless as he cannot decide his own path. Distraught, Heart returns Chase's Speed Prototype Shift Car, before leaving him. Soon, while Chase was still wandering around near the river, Ride Chaser came to him and brought him a small briefcase which contained a Mach Driver Honoh and the Signal Chaser. With that, Chase finally decided to redeem himself once more as Kamen Rider Chaser, rescuing Kiriko and destroyed the Sword Roidmude without killing its host. Afterwards, unknown to him not all people are glad to learn of his return, though only Go still hates him. He later wanders around the city still wondering if this is for the best.

Mashin Chaser appears as one of the revived enemies of the Kamen Riders who were summoned due to the altered timeline and merging of several alternate worlds. Leading a group of Low-Class Roidmudes, Elementary Inves and Masquerade Dopants, Chase appeared to confront Kamen Riders Geiz and Woz. The two initially believed Mashin Chaser to be a Kamen Rider but Chaser corrected them, saying that there were no Kamen Riders where he came from and that he would destroy both of them for being Kamen Riders. Chase swiftly defeating both of them, but after Geiz asks him about Gou Shijima, Chase's memories from the original timeline start to come back, leaving him dazed as Woz and Geiz flee. 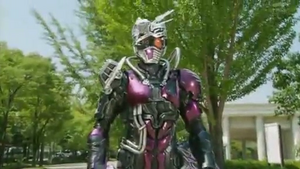 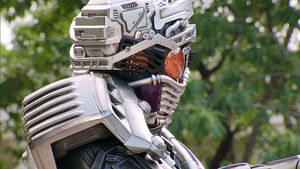 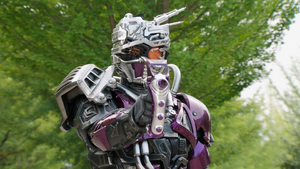 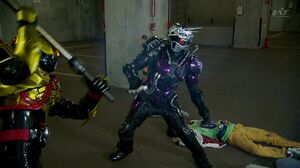 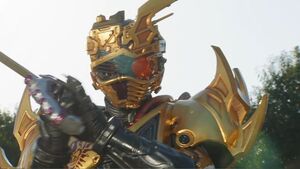 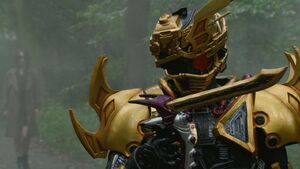 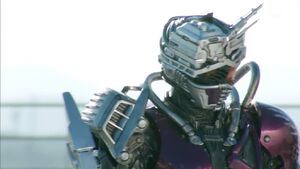 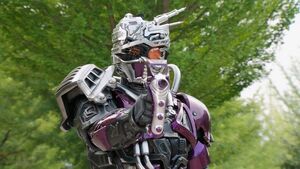 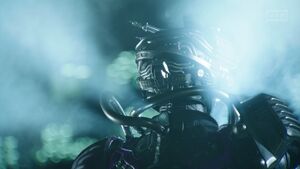 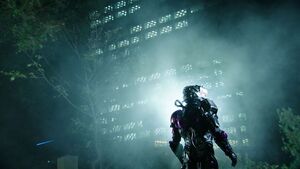 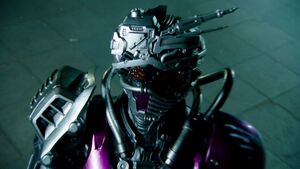 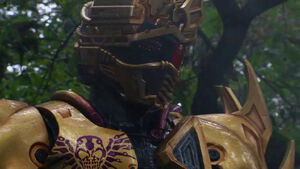 Retrieved from "https://villains.fandom.com/wiki/Chase_(Drive)?oldid=3292195"
Community content is available under CC-BY-SA unless otherwise noted.