Chauncey (also known as The Spoiled Baby) is the first boss of the game Luigi's Mansion. He is the ghost of the third child of Neville and Lydia (his parents, whom Luigi must capture in order to fight against him) and the little brother of the twins Henry and Orville, who are to be captured later in the game. His profile says that he was born as as ghost.

Chauncey is playful, fun-loving, and mischievous, but he is also capricious, obstreperous, and short-tempered, as well as quite notorious for his strong dislike for grown-ups as well as everything bigger than him. Like his older brothers, he acts out of a strange conception of fun, rather than real malevolence. He and his brothers enjoy playing with other people, (whether the other likes it or not) and use rather dangerous toys. He owns a magic rattle that grants him powerful magical abilities. Chauncey is likely responsible for bewitching the chandelier in the entrance: Whenever Luigi walks under it, the chandelier falls and a cackle identical to Chauncey's is heard. Also, after Chauncey is captured, the chandelier becomes harmless.

When Luigi enters the nursery Chauncey doesn't pay him any attention until he uses his Poltergust 3000 to rock the rocking horse. Chauncey then asks Luigi to "play" with him and starts making his three teddy bears fly towards the plumber. If Luigi vacuums the teddy bears, Chauncey will try to punch him. Luigi needs to catch a balloon and throw it at the undead baby's face.

Irked, Chauncey makes Luigi becomes tiny and teleports him on his cradle, starting the actual boss fight. Chauncey will conjure rocking horses and bouncing balls that Luigi needs to dodge, until he can catch one of these balls with his vacuum and trow it back. This reveals Chauncey's heart and his 100 life points. Chauncey will then try to crush Luigi under his weight by jumping repeatedly on the cradle, and will later conjure more rocking horses and balls. Upon defeating the baby ghost, Luigi gains a key that allows him to further explore the creepy haunted mansion. 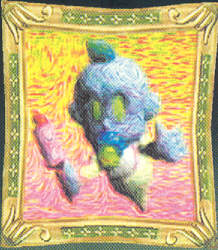 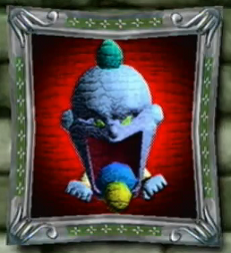 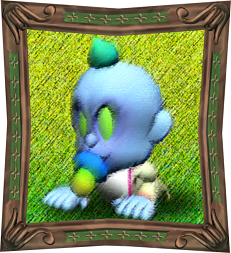 Chauncey's Bronze Frame picture
Add a photo to this gallery

Retrieved from "https://villains.fandom.com/wiki/Chauncey?oldid=3410267"
Community content is available under CC-BY-SA unless otherwise noted.