Villains Wiki
Register
Don't have an account?
Sign In
Advertisement
in: Male, On & Off, Food,
and 13 more

Chef Pepper Jack was once the most renowned celebrity chef in all of Skylands – until he discovered ancient recipes for evil delicacies. That’s when he turned his thriving restaurant business into a formidable criminal empire. The scam was simple. He would fly his zeppelin fortress over a village and order the townsfolk to surrender all of their money. If they didn’t, he would promptly serve up the main course of spicy pepper bombs that would blow everything to smithereens! The Golden Queen valued both his explosive and non- explosive culinary skills and recruited him into the Doom Raiders at once. Now, when he’s not serving time in Cloudcracker Prison, he’s serving up atomic omelets of doom!

Chef Pepper Jack has the head of a pepper with a white head and wears a white chef's outfit. As he evolves, his headband turns white, and his outfit turns black. He has a green stem on his chin, which strokes it as a beard.

He is armed with explosive peppers and a double hand whisk, which he uses as his weapons. It is also revealed that he has flame breath. 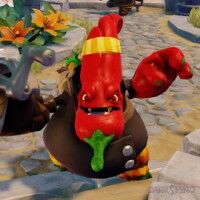 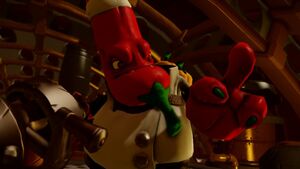 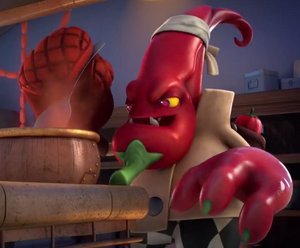 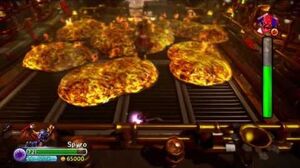