Chemo is a supervillain in the DC Comics universe. He first appeared in Showcase #39 (August 1962).

Professor Ramsey Norton hoped to solve the world's ills through his research. He dumped all the chemical compounds from his failed experiments into a giant humanoid-shaped vat he affectionately called "Chemo". The more chemicals Norton poured into Chemo, the harder he resolved to work to succeed in his goals.

However, the volatile compounds deposited in Chemo over the years began to mutate. When Norton dumped a failed plant growth serum into the mix, there was a violent biochemical reaction.

Chemo suddenly gained rudimentary sentience and increased in size. Chemo's acid breath killed Norton and the monster went on a rampage until the Metal Men intervened. Chemo has since become a constant foe of the Metal Men and Superman and has been destroyed and rebuilt on several occasions.

Chemo was dropped on Bludhaven  by the Secert Society  making the city uninhabitable. This time, Superman defeated it by hurling it into space. Most of the poisons in the city were reabsorbed by the beast, but not enough to make the city habitable again.

An unknown individual steals on of Doctor Will Magnus' prototype responsometer and throws it into a vat of toxic waste. The toxic waste creates Chemo and he begins to attack Will Manus and the Metal Men. They enter Chemo and the metals join with the toxic waste making Chemo inert. The reaction was an explosion and only the respsonsometers were left.

Chemo is able to spew toxic chemicals. He is also able to reform his body when destroyed. He also having very limited intelligence, superhuman strength and durability and is capable of altering its mass and projecting hazardous chemicals.

Batman: Brave and the Bold

Chemo appears in the episode "Journey to the Center of the Bat!" in which the Brain uses Chemo to attack a seaside city and hold it ransom. Ryan Choi and Aquaman are forced to shrink down and go into Batman after Chemo poisons him, befriending a white blood cell and naming it Platelet along the way. It is destoryed when Batman blows up its plastic shell.

Chemo is part of the Legend PvP challenge at Ace Chemicals.

Dumped on and responsible for the destruction of Bludhaven, the deactivation of Chemo is a core mission of the Bludhaven Alert. 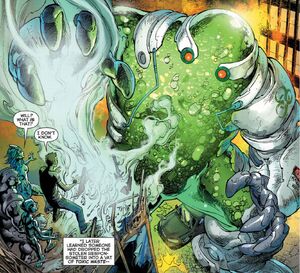 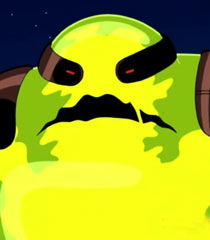 Chemo in Batman: The Brave and The Bold. 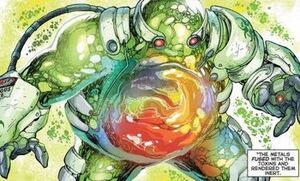 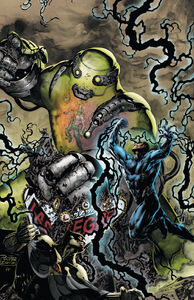 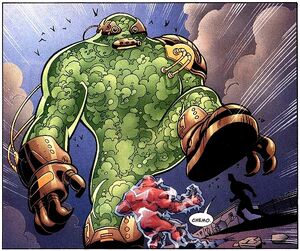 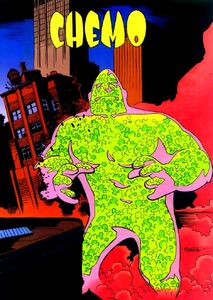 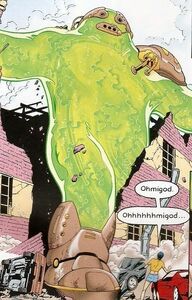 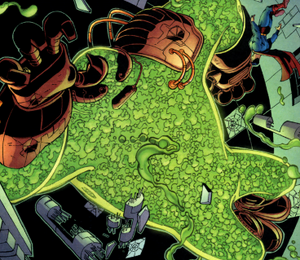 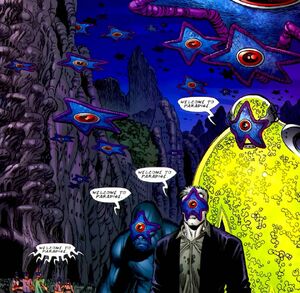 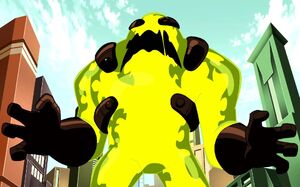 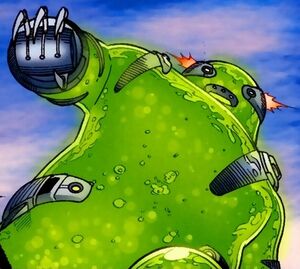 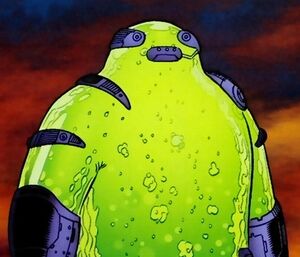 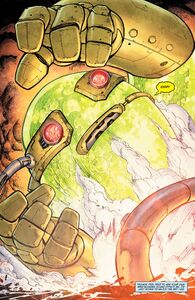 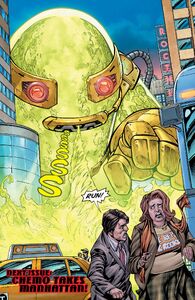 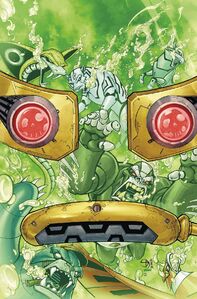 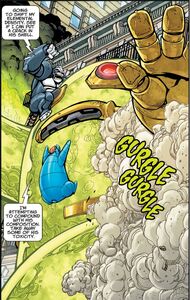 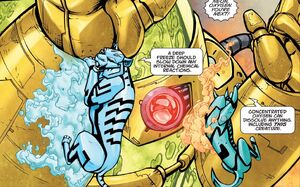 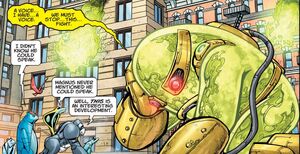 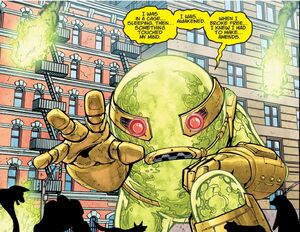 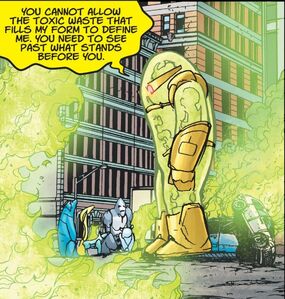 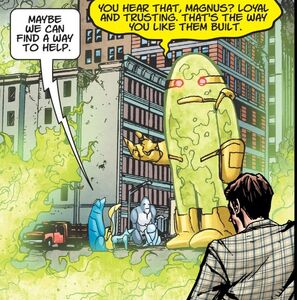 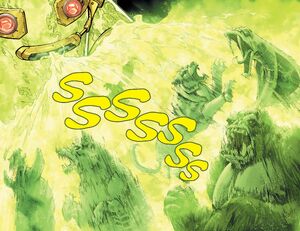 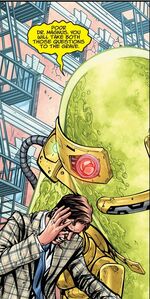 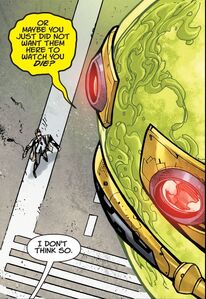 Retrieved from "https://villains.fandom.com/wiki/Chemo?oldid=3866275"
Community content is available under CC-BY-SA unless otherwise noted.